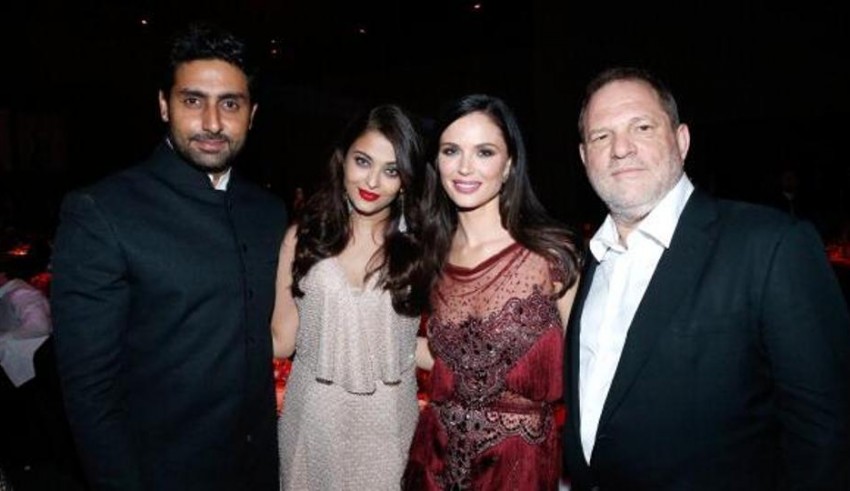 The sex scandal of the top producer in Hollywood, Harvey Weinstein, has left everyone shocked. Although it is common in the acting industry for the top dogs to want something to launch or provide for young actresses in exchange for some favor, this scandal came to light and the public has been losing their wits about it. Angelina Jolie and Gwyneth Paltrow were among the first to claim that they faced sexual harassment from the producer. This gave others the courage to come forward too and since then, many celebrities have condemned the act. A woman who claims to be a former talent manager for Aishwarya Rai Bachchan has also come forward claiming that she saved the actress from his advances.

In a post, Simone Sheffield narrated a story of how the producer begged her to arrange a meeting with Aishwarya Rai Bachchan and the number of times she refused to do that. She calls Weinstein a ‘big bully pig’ in her post. In her post, she claims that during a meeting, Weinstein begged her to leave him alone with the actress for a few minutes and each and every time, she politely declined to do so. After the meeting, Simone says that Weinstein cornered her and asked her what does he have to do in order to get Aishwarya alone. She recalls that she sent Harvey a steel pig trough filled with diet coke after reaching her hotel.

After going into a few more details about the incident, Simone reflects on the number of times big bullies have sexually harassed women over the years. She named Fox News, President Trump, and Weinstein as the main cases. She says that the threats and the cases will continue to rise until the women become empowered and protected enough to speak out. She asks the women all over the world to not hesitate when it comes to reporting such a crime and to support and love one another in times of need.