July 06, 2022
6NewArticles
Home Sports Ronda Rousey: Things About Her That Will Leave You Amazed 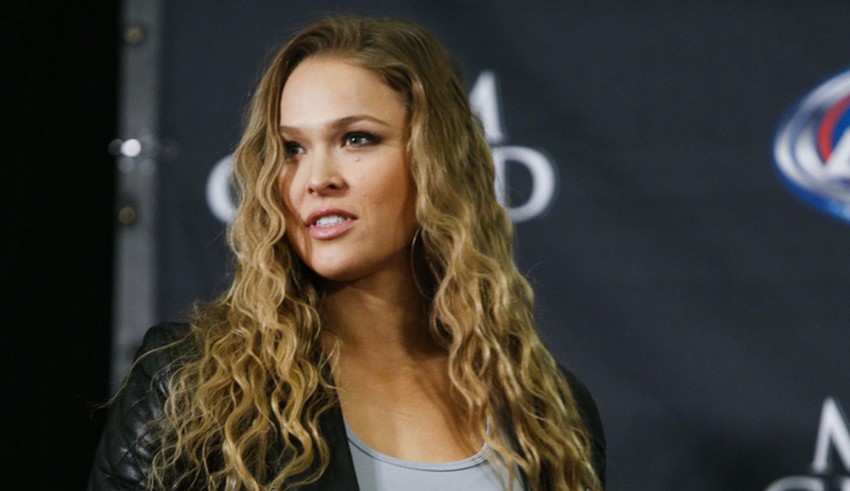 When Ronda Rousey bagged the bronze medal at the Beijing Olympics in 2008, making her the first American woman to win an Olympic medal in Women’s Judo, no one could have ever predicted her success in Mixed Martial Arts. For three continuous years, she dominated the UFC women’s division, enjoying a three-year title reign as the inaugural UFC Women’s Bantamweight Champion, and then entered the WWE this year, becoming the second person to transfer from the world of MMA to WWE.

Ronda Rousey was born on February 1, 1987, in Riverside, California, to AnnMaria De Mars and Ron Rousey. Her mother was a decorated judoka. She stands at a staggering 1.73 meters tall height, which is perfect for close combat sports. She started training for Judo at the age of 11 and has never looked back. During her childhood, she struggled with speech due to Apraxia, a neurological childhood speech disorder, which she overcame with the help of speech therapists.

Her current billed weight is 135 pounds, which she dropped from 145 pounds in 2012 to compete for the Women’s Bantamweight Title. Ronda Rousey married her fellow UFC competitor Travis Browne in August 2017 after dating him for two years. Her reported net worth is around $12 million, which she earned during her time with UFC.

At the age of 17, Ronda Rousey qualified for the Olympics to be held in Athens in 2004. She became the youngest judoka to compete in the international gaming event. The same year, she won a gold medal at the World Junior Judo Championships in Hungary and also won a bronze medal in the same event in 2006. She became the first US athlete to win two Junior World medals in this process. During the Beijing Olympics in 2008, she won a bronze medal, after which she retired from the sport at the age of 21.

After she retired from the Olympics, Ronda Rousey began her training for judo and her debut match ended in a submission of her opponent by an armbar in 23 seconds. This move was used by Ronda many times during the course of her career in the UFC, many of her matches lasting only seconds.

For three consecutive years, she defended her title as the UFC Women’s Bantamweight Champion until November 2015, when she faced Holly Holm in UFC 193. The match ended with Ronda Rousey defeated even though she had been the betting favorite.

During the peak course of her popularity, Ronda Rousey appeared in notable roles in Furious 7, and also appeared on the TV series Entourage.

After her loss at the UFC, Ronda Rousey was nowhere to be seen in the public eye. However, she got back on her feet and into the ring when she entered WWE alongside Kurt Angle in a mixed-gender tag-team match against Stephanie McMahon and Triple H at Wrestlemania 34. She then went on to make a surprise appearance at the Royal Rumble in January 2018, and it was reported that she had signed a full-time multi-year contract with the company.

Ronda Rousey is reported to be worth $12 million and most of her earnings came during her career with UFC. She had a sponsorship from Reebok which went on to pave a long way towards her current net worth. During her UFC career, Ronda took home at an average $100,000 per fight. Even the match where she suffered her shocking defeat, Ronda made $165,000. Her return to UFC in December 2017 earned her $3 million despite her defeat through TKO in just 48 seconds. It is said that the $3 million was just her appearance fee.