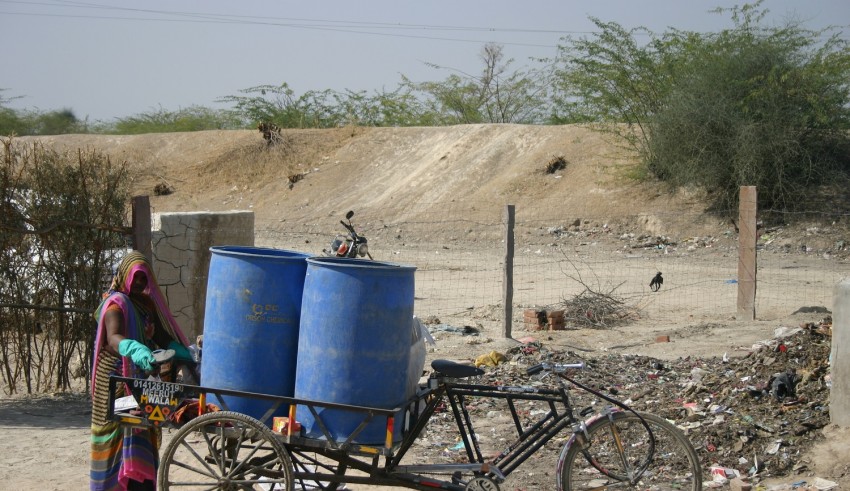 In the Ajmer district of Rajasthan, there lies a small village by the name of Chhota Narena. If you had visited the village about an year ago, you would have found yourself surrounded by huge mounds of garbage all along the sides of the streets. However, today, the whole village is totally clean and runs right along with the Swachh Bharat Mission and is even being considered as a model for the whole district. How did this reform happen in just one year? The answer is by the efforts of two engineers, Kavya Raman and Shuvam Das Choudhury, who set up garbage segregation, collection, and disposal models for the village along with the NGO, Barefoot College.

As a part of her fellowship project with SBI Youth For India, Kavya surveyed 300 of the 400 households in the village and found that 70% of the households preferred dumping their garbage out in the open while the rest preferred to burn it all. Many of the villagers believed that the burning of the garbage helped the environment as they did not litter their streets. Kavya, then, spent one month visiting the households and making them aware of the growing problem of waste. A door-to-door collection model was designed.

Collectors were trained along with the homes to segregate the biodegradable and non-biodegradable garbage separately. The waste was then converted into compost. There was zero dumping or burning of the waste. The model was scaled up when another engineer and fellow of the project, Shuvam Das Choudhary joined in and started covering the rest of the houses in the village and bringing them into the program. He has also employed a supervisor along with the two collectors. The two engineers have been asked to provide guidance for a garbage disposal project for the whole district of Ajmer and implement their model in five other villages as well. The two engineers have improved the quality of lives for the farming community of our nation, bringing them compost and helping them live in more suitable environments.