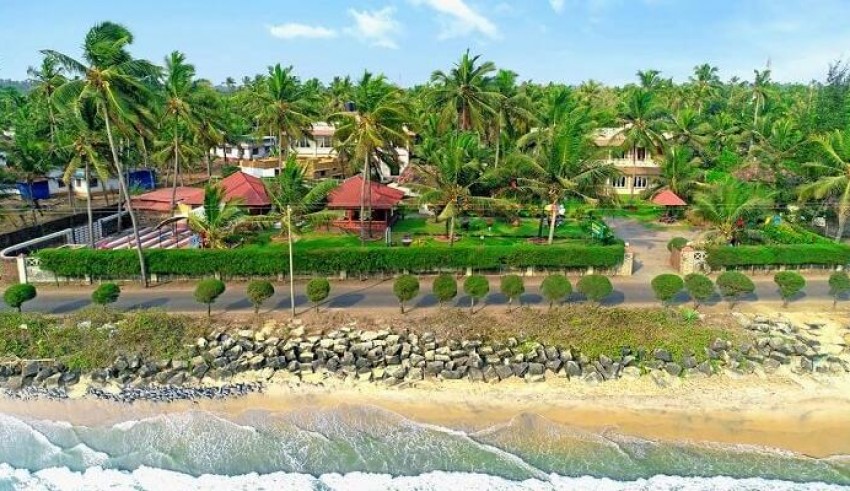 Travelling is a drug with no overdose. A good thing too, because there is no antidote to it, either. Travelling to me has always been a quest for newer experiences, a nurturing of the soul, broadening of horizons. Therefore, at the first touch of spring, I found myself heading off to the bustling little coastal town of Kannur in Kerala, rucksack on my back, the sun on my cheeks, seizing a long weekend.

Calicut used to be one of the closest airports to Kannur before the inauguration of Kannur International Airport in 2018. It takes about 2.5-3 hours to get to Kannur by car and about 1.5 hours by train from Calicut. I took the train and it seemed like the beautiful changing terrain outside the windows was transporting me back in time. The town used to be an ancient trading port and was of particular interest to the colonists like the Portuguese, the Dutch and finally the English.

It was mostly significant for its role in the Spice trade and later it became one of the major military stations on the Malabar Coast. As I reached my hotel and got ready to go out again, the traces of those bygone times enveloped me from all around, peeking out from behind bus-stops and corners of old administrative buildings. The first thing that you need to do is rent a car in Kannur with a reliable driver. With that all set, I set out towards the first spot on my itinerary.

Payyambalam is one of the neatest and most peaceful beaches of Kannur. I had chosen Payyambalam specifically for its beautiful sunset views, off of the Malabar Coast. When I reached the beach, the fading rays of the sun had already painted everything golden and the cool sea breeze teased my hair, coating it with a layer of sand and salt. Seldom had I experienced such peace and quiet on a popular beach.

The next day I ventured into the 18th Century. St. Angelo’s Fort, a grand old structure has seen a lot of masters, starting from the Portuguese in the 16th Century, then the Dutch, the Arakkal dynasty and then, finally, the English, who seized it in 1790 and used it as the chief military station in the Malabar region right up till 1947. Inside, I was lost in the beauty of time and space. The view from the top of the bastions was magnificent, the Mopilla Bay shining under the unapologetic sun like a pool of sapphires. At the distance, I was shown some islands, of which Dharmadam Island lay serene and imposing.

After the enchanting views from the Fort, I headed out towards the Kannur lighthouse, a short distance away. The Lighthouse is Kerala’s first and the only one in Kannur. Built in 1903, it was a century-old working Lighthouse and I was really looking forward to the opportunity to see it being lit in the evening. As I went up the spiral staircase, I could see the various old navigational equipment on display, some of which were marvels of engineering in their day and age.

When I got to the top balcony of the Lighthouse, the view took my breath away. It was a panoramic view of the entire town and the Arabian Sea, almost spilling into each other. The strong winds lashed at me as I stood there and I realised what a great architectural gem it must be, enduring all those years of the fierce wind and the often-violent Arabian Sea. After watching the light lighting of the lamp, I climbed down to the beautiful lawn in the Lighthouse compound.

Being a history buff, I couldn’t skip a trip to the former living quarters and current museum of the Arakkal Royal Family, the only Muslim Royals of Kerala. The palace is a testimony to the beauty and grandeur of Islamic design and architecture, but in a subtle way, also collaborating with the coastal nature of the seat. The museum is filled with the day-to-day artefacts and other belongings of the Arakkal Ali Rajas – from weapons to clothes and various other relics.

After taking in the magnificence of the Museum for a couple of hours, I ventured towards the Kannur Lighthouse once again, as the evening’s shadows started dusking the coast. The lawn of the Lighthouse hosts a beautiful Musical Fountain Show in the evenings. As the last strains of the musical fountain ebbed away, I got back to my car and drove away towards my hotel.

The one important thing that I realised in my Kannur visit is that you must be able to take pleasure in the simple magnificence of life and nature to be able to truly appreciate the Kannur. Also, you should book dependable Kannur cabs to take you around the cosy town because it gets very hectic to use the scarcely available public transport. As the sun rose the next day, I packed my bag and bid farewell to the town that hosted me these few days but gave me memories of a lifetime.