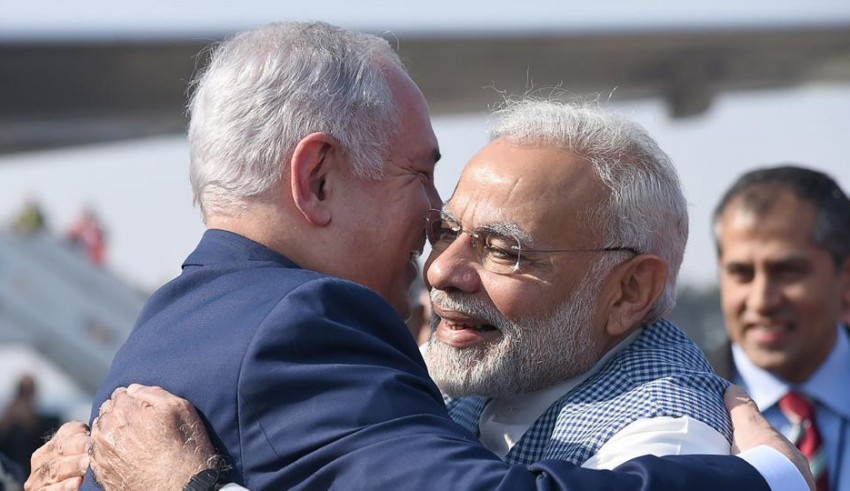 The ruling party, the BJP, is not happy with the video that Congress put up on Twitter that mocked the Prime Minister Narendra Modi’s hugplomacy. “Official Twitter account of Congress has shown worst kind of interpretation which does not behove a mature political party,” said the BJP, also on Twitter. “Congress lacks concrete issues to discuss so they tweeted a disgusting video showing PM Modi when he was receiving Israeli PM. What they have tweeted shows their immaturity & lack of political sensibility”. The Congress had posted a video on Twitter on Modi’s policy of hugging heads of states on diplomatic visits, saying that they will be looking forward for more moments when more Foreign Nationals meet PM Modi.

The video that Congress posted came at the time of Israeli PM Benjamin Netanyahu’s high-profile visit to India. That was what particularly galled the BJP. One party leader, Sambit Patra, tweeted saying he “never expected India’s main opposition party to post such a tweet ..that too when a respected Foreign PM” is visiting. The Congress video also called the PM’s interactions with female diplomats “awkward”, showing footage of his missed handshake with German Chancellor Angela Merkel and his stilted courtesy to Japan’s first lady Akie Abe.

Never expected India’s main opposition party to post such a tweet ..that too when a respected Foreign PM has just arrived !
Congress President only talks of winning by LOVE ..while this is what Indian PM is doing..winning the WORLD by LOVE!
While Modi WINS you Whine!! https://t.co/kDPNfPDu2J

Official Twitter account of Congress has shown worst kind of interpretation which does not behove a mature political party : Shri @PrakashJavdekar

Prime Minister Modi broke protocol when he went to receive his Israeli counterpart and ‘close friend’ PM Benjamin Netanyahu at the airport on his maiden visit to India. As soon as the Israeli PM alighted from his plane, PM Modi engulfed his dear friend in one of his signature bear hugs. Benjamin Netanyahu was overwhelmed by the gesture and posted on Twitter, “Thank you to my good friend, Indian Prime Minister Narendra Modi, who surprised me with a personal welcome at the airport upon my arrival in India. Together we will bring the relations between our countries to new heights!”