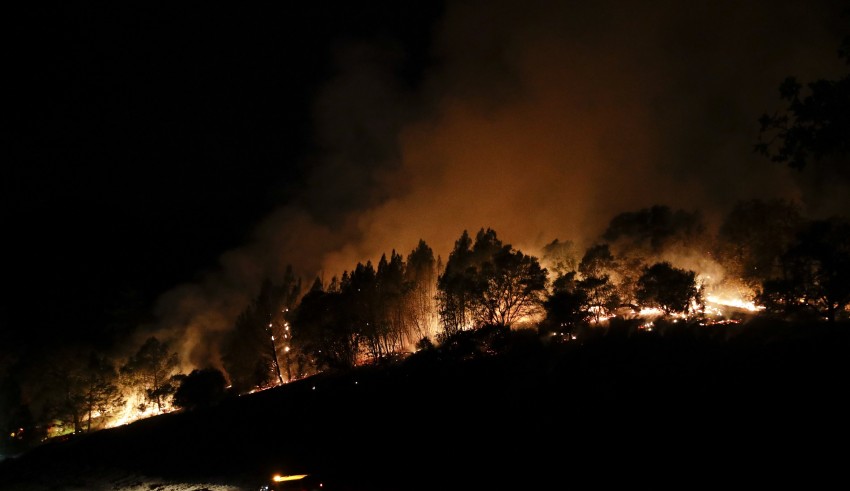 The West seems to be having a bad year, with hurricanes threatening life and destroying properties and now the wildfires in California. October 12 saw the third  and the deadliest fire in the history of the state. The devastation reached a whole new level with entire neighborhoods decimated and reduced to rubble. The fires are still raging across California and the state has put in all its efforts to controlling the spread and dousing the fire. However, even with all the efforts, this week’s fire has cost the state a total of 31 lives, making it the deadliest fire in the history of California.

About 191,000 acres of land has been consumed by the rapid spread of the fire, reducing everything in its path to molten metal or just rubble. There are remains of cars and communities, all reduced to molten metal. The fire has burned almost 3,500 structures to the ground, most of which were homes. This statistics is bound to rise as the fire has not been controlled yet and it still rages on to consume everything in its path. The death toll, currently at 31, is expected to rise as the officials continue to search for missing people among the remains.

Drone footage from the area shows the level of destruction caused. Entire neighborhoods and blocks have been reduced to rubble and there is a shot in which only the barren and ashen tree trunks stand in what used to be a busy neighborhood.

The calm winds and rising humidity has helped. Immigration enforcement has been suspended in Northern California, officials saying that they would only go to pick someone up if the person poses a serious threat to public safety. Immigration checks have also been suspended in the evacuation sites, assistance shelters or food banks in the region. However, there have been no reports as to how long this suspension would continue.