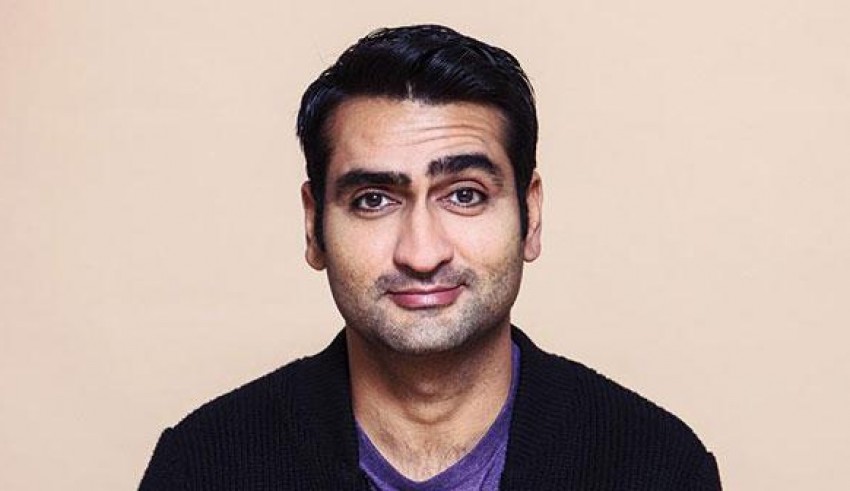 Released over six months ago, The Big Sick made quite an impact on everyone. Not only is it a uniquely personal story, but one that’s taken on political undertones in the months since President Trump’s inauguration. Co-written by Pakistan-born comedian Kumail Nanjiani and his wife, Emily V. Gordon, the romantic comedy is a lightly fictionalized account of the first year of their relationship, when an unexpected medical crisis landed her in a coma for eight days. While Emily (played by Zoe Kazan) is in the hospital, Kumail (Nanjiani) gets to know her parents, Beth (Holly Hunter) and Terry (Ray Romano), who tag along with him to a comedy club one night where he’s performing stand-up. When his set is disrupted by a heckler — who yells, “Go back to ISIS!” — Beth vehemently responds by trying to hit the man before she’s thrown out.

“In test screenings, which we were doing before the election, (Beth’s outburst) just got huge laughs,” says Gordon, 38. But at festival screenings ever since Sundance Film Festival, where Sick premiered on Inauguration Day, “it often gets applause breaks, which is interesting.” Adds Kumail Nanjiani, 39: “I was very concerned at Sundance, like, ‘How is this going to play?’ I was just afraid that (scene) was going to be sad, but it isn’t. It’s joyful, but it’s also righteous anger. People clap as if (it’s) almost triumphant.” Nanjiani, who appears in HBO’s Silicon Valley , was born and raised in Karachi, Pakistan, where he was brought up in a strict Shiite Muslim household. Even during his comedic career, he was wary of incorporating his Pakistani background into his routine, save for his opening line, “Don’t worry, I’m one of the good ones.”

“I was like, ‘There’s a big part of myself that I’m not talking about onstage.’ It felt disingenuous,” he says. “Like, if I want to be personal onstage, this is a part of me that I have to talk about. It doesn’t mean I have to talk about it in a stereotypical way; it means that I can talk about it in an experiential way.” Off-camera, Kumail Nanjiani has spoken out against the president’s planned “Muslim ban” on Twitter and detailed alleged harassment he received from Trump supporters in Los Angeles last November, writing, “I can’t imagine what it must be like to be someone who looks like me in other parts” of the country.

“I feel way more defined by my ethnicity now,” Kumail says. “If there’s an ethnicity that is maligned and attacked and demonized … I’m with you. I stand with you. Because it’s unavoidable that people are seeing me a certain way, I kind of want to own it. I feel more Pakistani than I have in the last 10 years.”