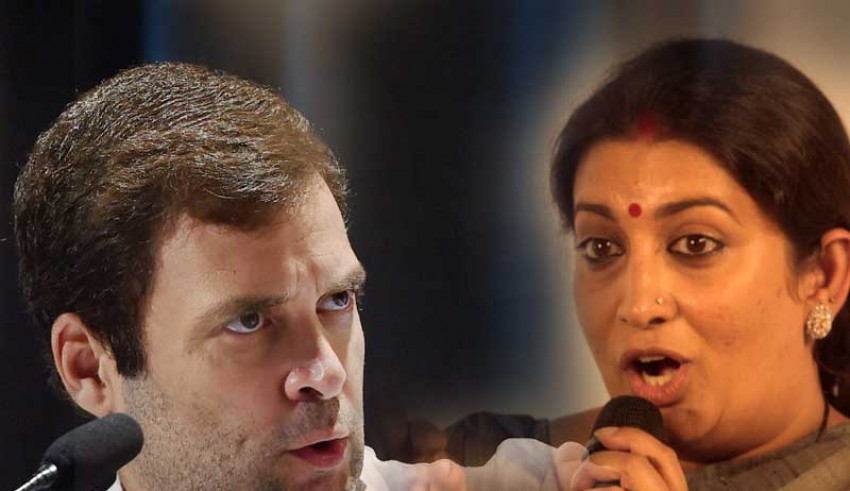 An International Food Policy Research Institute (IFPRI) ranked India lower than countries like North Korea, Bangladesh and Iraq, in its annual report on Global Hunger. The report states that India suffers from a hunger disease which owes itself to high levels of malnutrition in children, with over a fifth of Indian children below the age of five, too light for their height and over a third of them too short for their age. India ranked 100 among 119 countries on the Global Hunger Index. Congress Vice-President Rahul Gandhi was quick to note the statistics and blame the hunger on the current government. Smriti Irani, a member of the parliament from BJP was quick to retort in the same manner.

On Thursday, Rahul Gandhi tweeted a couplet in Hindi, which roughly translated to the sentence that if you are hungry, then wait; if you don’t have bread, so what?; Hunger is being discussed in the halls of the Parliament in Delhi and it is one hot topic. This was a direct implication that the matter of hunger is just a debate for the sitting government and that they are doing nothing about it except discuss and giving the nation a false hope for a better tomorrow.

Not suprising that in his keenness to run down Hon PM, Rahul Gandhi maligns the Nation. https://t.co/5eFEvM3slo

BJP MP Smriti Irani replied back to Rahul Gandhi in the same manner, with a couplet in Hindi which roughly translates to ‘Your hunger for power will have to wait as you don’t have the numbers with you right now. All you can do is get all the selfish people together and make noise to malign the nation’. In another tweet, Smriti Irani said that Rahul Gandhi is hungry for power in the government and in the keenness of that power, he is resorting to running down the Prime Minister of India, Narendra Modi and maligning the nation.