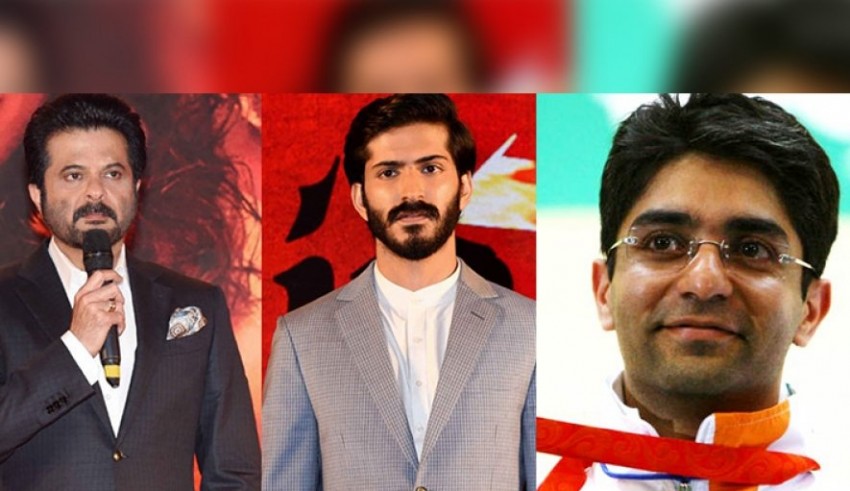 In the continuing trend of sports biopic in Bollywood, there will be another one. This time on India’s only Olympics individual gold medalist, Abhinav Bindra.

Now, there have been interesting developments arising, as it seems the 34-year-old shooter is expected to cameo in the film. This news has been confirmed by the Director himself. Kannan Iyer, Director of the movie, told media,”Yes possibly towards the end, it is a kind of tradition in sports biopic but we are yet to decide”

The movie is said to be largely based on Bindra’s autobiography “A Shot At History: My Obsessive Journey To Olympic Gold And Beyond.”

While the Mirzya actor, Harshvardhan Kapoor has been chosen to portray the protagonist Abhinav in the movie, his real-life father, the legendary actor Anil Kapoor, will play the role of Abhinav’s father. This will the first time the two will share the silver screen together. The director was full of praise for the father-son duo and their superior acting ability. “Both are such good actors that they can do anything onscreen. Dil Dhadakne Do showed a beautiful relationship between Anil Kapoor and Ranveer Singh as father and son and they will do a terrific job here,” said Kannan.

Kapoor will be guided by Suma Shirur and Abhinav for the role. And with this latest development and Abhinav’s green ticket to the movie, Harshvardhan has begun his training under the world-class shooter. He himself posted a video on social media to inform his fans about this.

The Ek Thi Daayan director further revealed that there will be a romantic interest in the movie but the movie is in very early stage to begin speculation on the subject. He also confirmed that most of the movie will be shot in Chandigarh with a few scenes abroad. The Olympics part will be shot in Mumbai.

Abhinav remains till date India’s only Olympics individual gold medallist. He won the gold in the Beijing Olympics in 2008.

So will we be seeing you queuing up outside the theater when the biopic releases?