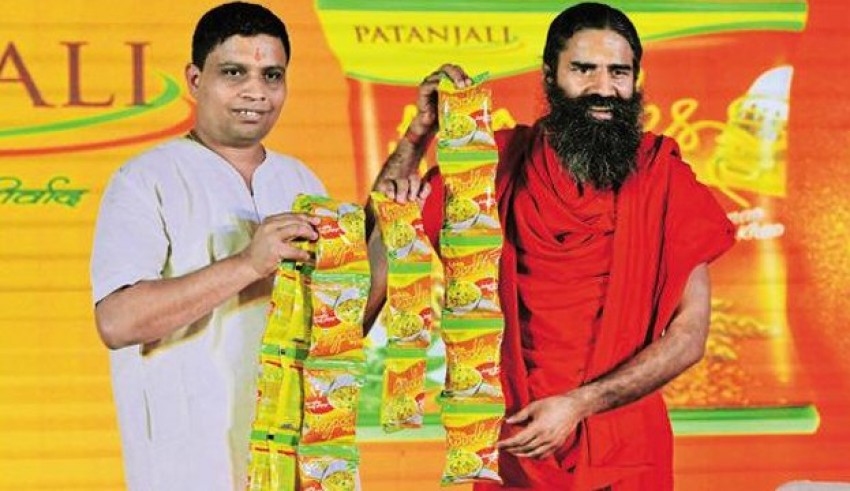 Back in 2016, Balkrishna made his debut on Forbes list of India’s richest people with a net worth of around 17000 crores($2.5 billion).He also featured in Forbes list of world’s billionaires 2017 at the 814th spot.

Yoga guru Ramdev’s Patanjali, with a turnover of Rs10,561 crore, emerged as the second largest FMCG giant in India.It has been giving a stiff competition to market leader HUL, which had a turnover of Rs 30,783 crore.If Patanjali is able to cover its short-term goal i.e. to double its turnover then even HUL will come within its biting distance.
Ramdev and Balakrishna’s Patanjali is an inspiring story of meteoric rise,no doubt a success model based on low pricing,”natural and pure” product positioning,”swadeshi” identity, unique sales and distributing strategy, and a famous yoga guru as its brand ambassador but it had not been possible without the 44 year old-Balakrishna.He hasn’t become a billionaire without any reason.His strong business ethics and determination speak masses and made Patanjali stand where it is today.

Now India’s 8th richest man holds a 94% stake in Patanjali Ayurveda, but he doesn’t take anything for his imputed service.Things that worked for him are consistency and belief, he works for 15 hours a day even on nonworking days and weekends.He works for his passion and not for making profits.

He himself didn’t think he would come this far.Remembering old days he said,”I had to take Rs 50-60 crore personal loan.Prior to this, he didn’t even have a personal account in the bank.”
Truly his story is a prominent example of “From Rags To Riches”.

But he doesn’t want to stop here he is aiming to make Patanjali FMCG leader in India.Their goals for the coming future are -To double distributors strength, increase headcount and set up a new restaurant chain.
Back in 2006 when Balakrishna and Ramdev set up Patanjali, they didn’t know they will lead the market in coming years.So what are you waiting for start chasing your dreams you never really know what destiny awaits.