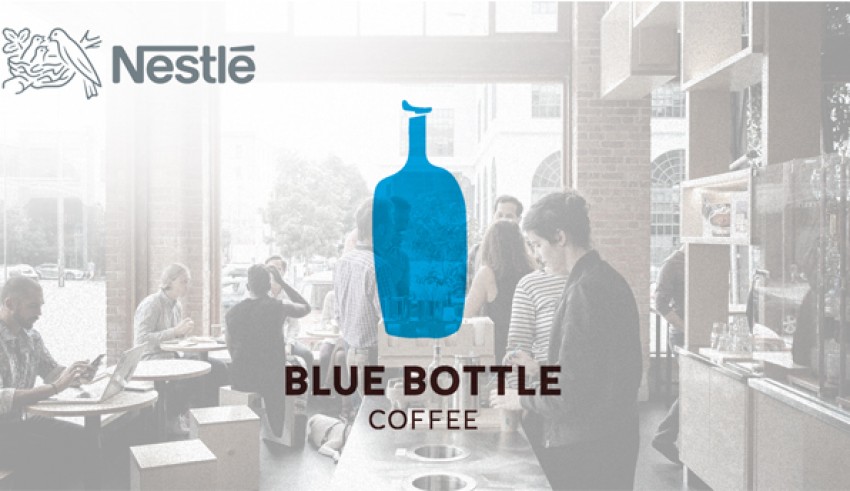 If you’re a coffee addict like I am, you’ve definitely heard of Blue Bottle, one of the newest artisanal coffee brands to emerge in a big way over the last few years. Despite huge conglomerates continuing to dominate the mass coffee market–think Starbucks, Peet’s, and Coffee Bean & Tea Leaf–smaller, niche coffee brands are beginning to take over.

“There are certainly going to be further purchases at all levels of the price tier,” said Matthew Barry, a beverage analyst at Euromonitor International, adding that any company that is not doing acquisitions in the coffee industry at the moment is seriously falling behind.

Why did Nestlé just spend $700 Million on Blue Bottle?

Analysts feel that under its new chief executive, Nestlé is taking steps to reconnect with consumers, particularly the coffee addicted millennials. It emphasizes the wish to actively work on the portfolio and build on attractive growth areas.

At the national level, however, there is no shift toward independent coffee businesses. Independent coffee houses are largely limited to the urban markets, which contribute a really small share of the revenues.

The small but widely popular players like JAB’s Stumptown and Intelligentsia, Blue Bottle and La Colombe Coffee Roasters – are estimated to generate only $126 million in revenue across 123 stores.

Nestlé has seen a slug in the last few quarters due to emerging markets, increased competition from these newer brands, changing consumer tastes and increasing disinterest in processed food. Under immense pressure to improve its profits, Nestlé has identified coffee as one of its key priorities for investment. Another trend analyst says,

“There’s a big markup on coffee shop coffees. Put it all together and you’ve got growth and margin, and in some areas, barriers to entry. It’s fragmented so you can consolidate, which usually leads to margins going up.”