February 05, 2023
6NewArticles
Home Peppy 10 Most Bizarre New Year’s Traditions From Around The World 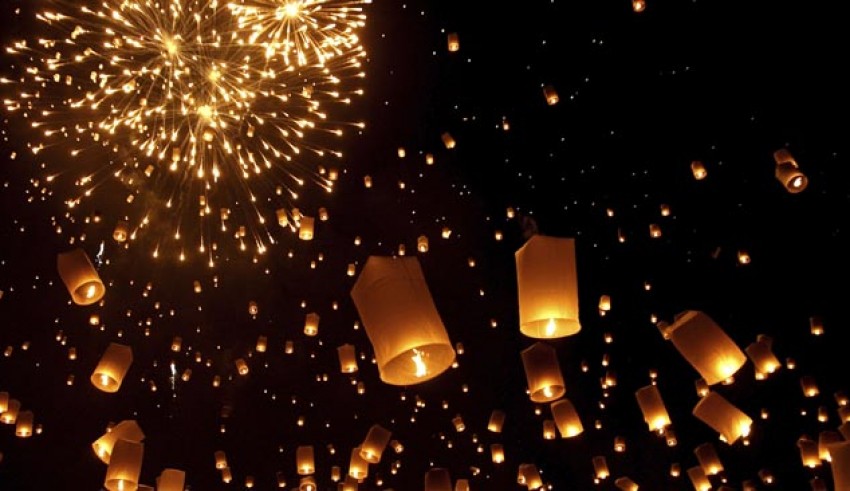 Traditions around the world find their basis on superstitions and a fear of the final judgement. Traditions can also be based upon something that seems fun and is passed down over generations over the years. Drinking to mark the advent of the new year is something that people all across the world have been doing for years. Another tradition is making resolutions. It may sound strange to repeat the tradition over and over again while only a small percentage of the population is able to complete their resolutions from last year. Across the world, there are more dramatic, quirky and cathartic traditions that are followed to ring in the new year. Here’s a pick of 10 such traditions:

Throwing dishes at each other may not just be for the couples involved in an argument. In Denmark, unused dishes and plates are kept until December 31 when they are affectionately shattered against doors of friends and family. It is considered a good sign to have a heap of broken dishes on your doorstep for New Year’s.

The Spanish mark their new year with good luck by eating 12 grapes at midnight to signify good luck for 12 months of the upcoming year.

The Japanese ring in their New Year, literally. There is a traditional temple bell-ringing ceremony held across the country. Bells are rung 108 times to represent the cleansing of 108 desires and anxieties and a new beginning.

This may be the weirdest tradition of all. It is believed in Brazil and across many other South American countries, the color of your underwear can seal your fate. And if you must know, red underwear is worn for romance and to find love, green for good health, golden-hued undies for prosperity and white underwear for peace.

Dropping an ice-cream and then regretting it is common across the world. The Swiss do it intentionally every year. They believe that a dollop of ice cream on the floor will bring prosperity and good luck.

The French traditional feast for welcoming the New Year is a feast consisting of a stack of pancakes, champagne and foie gras. The feast is believed to bring prosperity and good luck to those attending the dinner.

Aside from breaking dishes, in Denmark, people climb on top of chairs and literally jump at midnight to bring good luck and banish evil spirits.

In Chile, a relatively new tradition dictates people to spend time with their deceased loved ones by sleeping at the cemetery. It started when a family jumped over the cemetery fence to get to their deceased father’s grave and spend New Year’s Eve with him. It is believed to bring peace to the soul.

The Irish are strange folk indeed. They believe that you can bang away good luck. So, on New Year’s Eve, they hit the walls of their house with bread to get rid of evil spirits and bad luck.

If you are visiting South Africa on New Year’s, don’t. The New Year custom in Johannesburg is to throw furniture and appliances out of the windows of tall buildings.