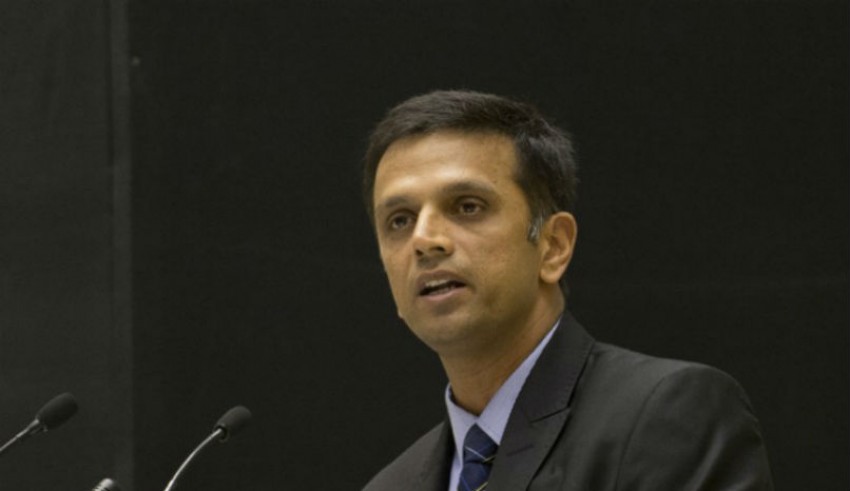 There are certain characteristics in a man which qualify him to be a league above the normal person, chivalry, patience, honour, humility, dedication, determination, and humbleness being the chief among them. Indian Cricket Team’s former Captain Rahul Dravid is an exceptional human being. He defines the true spirit of a gentleman in a world where if he wanted, he could have anything, but he settled to coaching youngsters as an Under-19 team coach. He receives praise not only from the ones who are close to him, ut also from all those who know his name. Throughout the world, he is known for his humility and down-to-earth nature.

Quite recently, a picture of Rahul Dravid hit the internet where he is seen standing in a queue with his kids at a science exhibition. The image has gone viral on the internet and is still spreading like wildfire. Even though he is the most famous No. 3 batsman of the Indian Cricket Team, Rahul Dravid remains true to his values and principles. From the beginning of his career, he has played for the team and never for personal glory. Popularly known as ‘The Wall’, Rahul Dravid stood like any other parent in the queue, which he could have easily skipped using his celebrity card. However, he chose to respect the discipline of the rules.

That's Rahul Dravid in a queue with his kids at a science exibhition.
No show off;
no page 3 attitude;
no celebrity airs;
no "do you know who I am?" looks;
Queueing just like any other normal parent… really admirable… pic.twitter.com/NFYMuDqubE

This move was captured and shared on Twitter and instantly it gained a momentum which is still the topic of many conversations. Twitterati started gushing about his humility and after seeing the picture, started sharing other instances of his chivalry. Another person shared an image telling the world that his sister is the class teacher of Dravid’s son and he has never missed any Parent Teacher Meeting and has never expected any VIP treatment.

He indeed is. My Didi is his son's class teacher. He is very regular for the PTM, she said and no vvip tantrums. pic.twitter.com/5beVECtmFQ

It is also well known that Rahul Dravid turned down several honorary doctorates because he wanted to earn them rather than being presented with one just for being a famous cricketer.