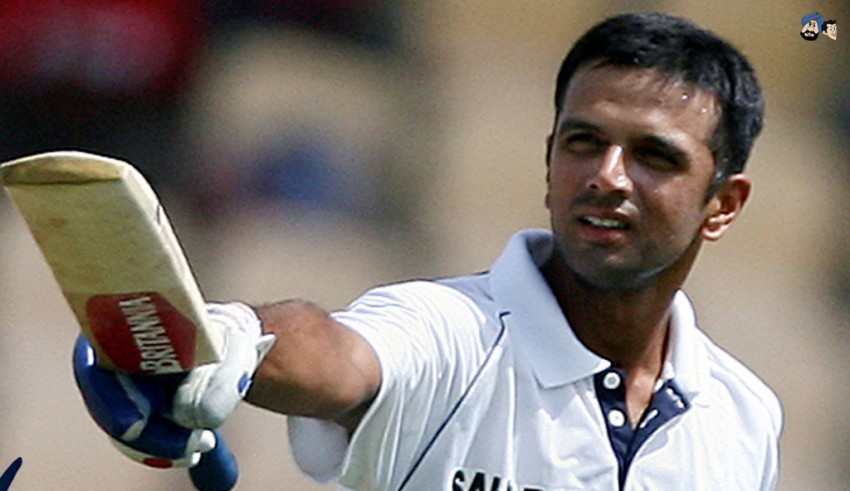 Rahul Dravid is a great contemporary of the God of Cricket, Sachin Tendulkar, and is more famously known as the Wall of Indian Cricket. Dravid’s career symbolised the classic quote by Thomas Edison: “Genius is one percent inspiration and ninety-nine percent perspiration.” At a time when people are looking to drive their careers at breakneck speed with the lurking threat of a breakdown, a classical approach to career building may well be the answer to mental peace at bedtime. Sachin was the once-in-a-century batsman, whose achievements intimidated you and all you could do was feel a sense of awe. Sachin was elevated to the status of God because the common man felt his feats were out of bounds for him. Rahul Dravid, however, was the middle-class guy next door who, through sheer tenacity rather than swashbuckling talent, scaled peaks in batsmanship which the common man found believable and achievable.

Rahul Dravid made his career brick by brick, just like he constructed his innings. It was a prodigious debut at Lord’s where he scored a near century, but it did not come when he was a prodigy. He made his test debut in the normal early 20s, against Sachin who took on the mighty Wasim and Waqar in Pakistan at just 16. Rahul Dravid came across as a slow-moving executive in a country where careers were supposed to move like Fast Moving Consumer Goods.

The careers of Sachin Tendulkar and Rahul Dravid have been seen as a likely comparison with the careers of Amitabh Bachchan and Shashi Kapoor. Just as Amitabh shone brighter due to the competent actors around him, Sachin’s prowess expanded as batsmen like Dravid resolutely held one end up. Both Kapoor and Dravid never tried to outshine the respective supremos. They simply executed their roles to the best of their abilities without ever bothering about being the labeled as the numero uno of their respective fields.

Rahul Dravid’s success has provided the people with a workable blueprint; struggle, work hard, be boring but effective, know your limitations, keep improving, keep doing your best, and simply hope for the best. These are the typical middle class values that have endeared Dravid to the masses who found a metaphor for his struggles within the 22 yards for their own trials and tribulations in the canvass of life. Towards the end of his career, the quintessential test batsman even adapted to T20 cricket. This was akin to Sunil Gavaskar adapting to the one day format towards the end of his career.

Rahul Dravid’s career acts like a manuscript for corporate professionals looking to build their career to a crescendo. His batsmanship centered around patience – an almost incomprehensible quality for many whoa re part of the `instant gratification generation`. Dravid showed the world that well left was well played – another lesson for Corporate India. Great careers are built as much by letting go certain tempting opportunities as by staying the course by battling corporate bouncers and swings with patience and skill.

Rahul Dravid felt secure within as he gave his best every time. That’s what we all need to learn to do – give our best every time, and take the results as they come. It’s not about whether you get what others are getting; it is about whether you are doing your best and growing yourself. In the Dravid model of management, there is no space for short cuts. Every great innings was constructed on the foundation of pain and discipline both on and off the pitch. Dravid demonstrated the power of preparation for consistent performance.

Rahul Dravid’s model of management is practical as well as uplifting. It offers lessons that can make us the kind of professionals our peers will feel proud to talk about. Dravid, even post retirement from the game, commands the immense respect of his peers, keen observers of the sport, fans and the next generation of cricketers. He is a timeless legend and the Dravid Model Of Management offers a timeless blueprint for success.