February 06, 2023
6NewArticles
Home Lifestyle Visiting Prague? Here Are The Places You Can Stay 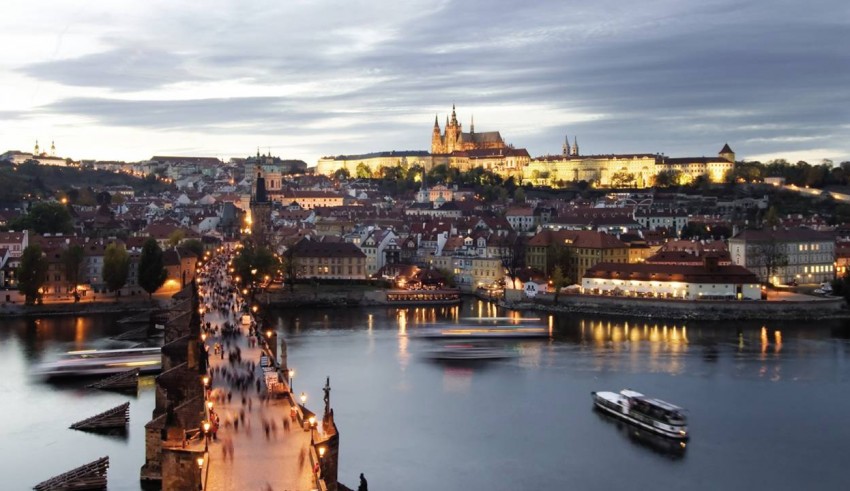 Prague, the capital city of Czech Republic is a town of immense beauty and has a lot of elaborate architecture and sceneries you can feast your eyes on. The city has seen many bad days with a lot of bloodshed and poverty during the World Wars, but now stands all recovered shining in golden armor. The country offers a lot to tourists and the tourism market is very big welcoming more than 7 million people in 2017. Prague is a very big city spanning in an area of about 1.26 million square kilometers and travelers might wonder where to stay? Here is the answer to where to stay in Prague.

The 1100 years old city is a perfect combination of the coexistence of the historical culture and monuments with the present day requirement of a city. The city is composed of 10 major districts and has a lot of places for you to choose from. The city has a 24 hours public transport system so budget-friendly accommodations a little away from the city center can provide you with the extra cash to spend on your trip.

Literally translating to the ‘old town’, it is the absolute center of the city and the place with the famous astronomical clock tower built in the 1400’s. The place is among the most popular places among the tourists and offers a lot of accommodation options. Since it was built ages ago, this part of town has narrow streets with short buildings making it a very crowded place to be. It also has a lot of restaurants and bars and the place being in the center of the city makes every other attraction just a 10-minute walk. The price of accommodation is very high but it is compensated by the location at the center of the city.

Translating to ‘new town’ it is a part of the town which has the river Vltava on one side and the highway on the other. Its name doesn’t mean its new, it means that it is newer than the Old Town. It is one of the most frequented places by the tourists since it is the home to many of the city’s Gothic Churches and other medieval buildings. The Wenceles Square in the New Town is the hub for tourists as well as locals. This place has all the hotels, restaurants, shops and historical monuments in one place. It is a good area for getting an accommodation since it is near to the old town and also houses many tourist landmarks.

Established in the 10th century, it is slightly older than the Nove Mesto. It translates to ‘upper castle’ mentioning the fort in which the area is located. This is believed to be the oldest seat of the Czech princes. It is heavenly beautiful offering a great view of the whole city. Late night walks reveal the whole city shining up in different colored lights and are a great spectacle to watch The area is usually regarded as an upscale residential area and hence the prices of accommodation tend to be high.

Translating to ‘castle district’, it is home to the Prague Castle which is one of the biggest standing castles in the world. Sitting on a plateau outside the city, it clearly dominates the city’s skyline. This castle has been the seat of the Czech rulers for many years. The castle district is quieter with less traffic than other parts of Prague making it a more popular place to stay among the travelers who want a peaceful, serene environment. There are many luxurious accommodations which let you live in restored medieval buildings with a lot of extended services and architecture. Many homestay accommodations have also popped up in this area during the recent years and are a great alternative.

Translating to ‘a place of vineyards’, it is not the place it used to be. It is a district full of affluent beauty with lush green trees and beautiful parks taking over the center of the city. This is the optimum place to stay for a budget traveler since it is neither too away from the city center nor inside it. It offers some elaborate accommodations and is generally considered upscale. This place has the highest concentration of coffee places in Prague. The place also offers a number of brilliant restaurants for your feasts.

Translating to ‘little quarter’ or ‘lesser town’, its name does not justify it at all since, in every way, it is the most lovely and picturesque place in all of Prague. It has a number of museums, shops and restaurants like every other place in Prague but being at the river bank, there are a number of restaurants and accommodation adjacent to the beautiful river offering a beautiful and romantic stay.

For travelers who love to experience the local life of the people, this is the place to stay. It is said that travelers have one rule, ‘visit popular sites earlier in the morning and visit the local place all day’. This district gives travelers a taste of authentic Prague life which houses the local’s favorite restaurants, cafe’s, places to shop and all that the locals do in their daily life. Moreover, the city center is right at the corner making it ideal for budget travelers and also explorers.

Located just south of the Mala Strana, it is one of the inner towns of the city. It was a rural district usually engaged in factories and beer making and was an economically weak section of the city but due to rapid urban development and urbanization, the district transformed into its present self. It is home to the district’s prime commercial and entertainment center, just minutes away from Prague city center. Being in such proximity to the city center, it is home to many of the budget hotels and some upscale hotels also offering a vast shopping area and many shopping complexes.

Sitting next to the upscale Vinohrady, this district is known for its run-down appearance against the neighbor’s glamour. The most ‘untouristy’ place across all of Prague, with its television tower being the most visited one. It is the place with maximum per capita bars in all of Europe if that’s your ‘cup of liquor’. This is the most budget friendly place to stay in all of Prague. It is near the city center and also offers a large number of the cheapest available accommodations.

Located to the south of Vinohrady, Nusle is a typical working-class district. It is another place in Prague that is recommended for its authentic local experience. This is the place one can find a typical Czech Pub, Bar or a restaurant since this area is less frequented by tourists being away from the city center. The most visited part of the district is its old brewery that was built in the 1600’s and the St. Wenceslaus Church built in 1899. It is one of the most budget-friendly places to stay but offer a limited amount of accommodation usually in the form of homestays.