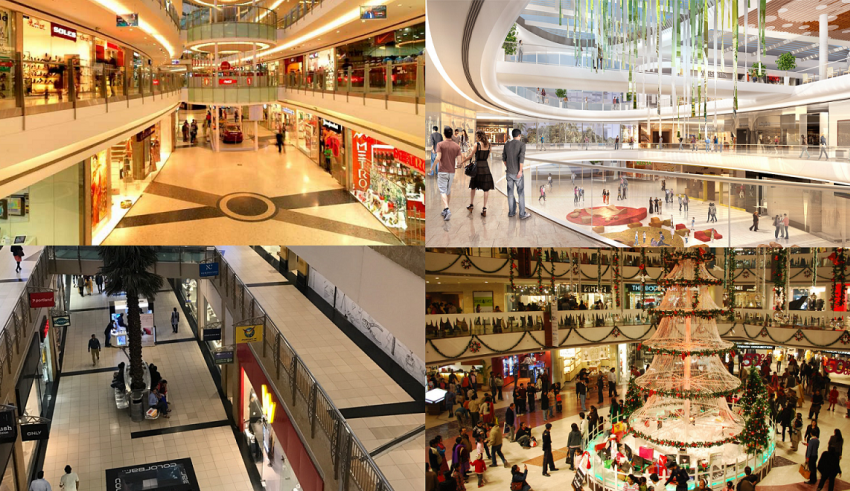 With every passing day, India is making its mark as a growing shopping destination in the world. Brand retail stores and shopping malls are opening up in all the big cities. While the country has gained its name for traditional shopping, many modern shopping complexes offer the latest products from around the globe. The country is full of malls and here are the top 10 largest of them:

It is the biggest and the largest shopping mall in India when it comes to the gross leasable area. Located in the heart of Kochi city in the state of Kerala, it was developed by EMKE Group, managed by M.A. Yousuf Ali, a non-resident Indian businessman based in Dubai. The mall covers a whopping 25,00,000 sq. ft. of area and has a total of five floors. There are nine screens of PVR Cinemas Multiplex and three restaurants where 4,500 people can eat food at a time with a choice of 18 multi-cuisines. There are many other facilities in the mall including a party hall, indoor climbing, rides, amusement, 5D cinema, arcade games, foreign exchange counters, and banking counters.

Closing in at the second place with an area of 21,00,000 sq. ft., Phoenix Market City is Mumbai’s and Maharashtra’s largest shopping mall. It is one of the favourite destinations for both domestic and international tourists. There are over 600 retail outlets and fourteen movie screens. With more than 20 restaurants, the mall sees an average footfall of more than 80,000 people daily.

While it has a total area of 34,00,000 sq. ft., it still ranks in at number three because of a lower leasable area. Pune is growing as one of the shopping destinations in India and Phoenix Market City is a leading example of that. The mall offers world-class facilities to entertain its visitors. Even the locals cannot resist the charm of the mall.

Emerging as a hot tech spot in India, Chennai is also one of the most rapidly growing tourist spot in the country. The largest mall of the state is in the city and it has more than 300 retail outlets, all under one roof. The mall also provides the best facilities for those who love food with its expansive food court.

Located in the silicon valley of India, this mall hosts thousands of tourists and business and IT professionals who come in her for shopping and work. There are more than 240 retail outlets with over 10,000 brands. INOX Cinemas has its home here and more than 16,00,000 shoppers visit the mall every month.

Uttar Pradesh is the most populated state in the country and to carter to the people’s needs, Z Square Shopping Mall was established in Kanpur. It has a food court along with hotels, luxury brands and products, popular retail outlets and movie screens.

The people of Gujarat are famed for their business sense and skills and given all the money that they are earning, shopping becomes one of the hobbies of the people of Gujarat. Located in Vastrapur, AlphaOne has many brands as well as international stores within it. It is the largest mall in Ahmedabad as well as Gujarat.

22 storeys in total, Neptune Magnet has numerous business centers, retail stores, exchange centers and a food court. It is comprised of six towers connected together to form a mall. One of the largest in Mumbai, Neptune Magnet is also one of the most luxurious malls in the country.