May 18, 2022
6NewArticles
Home Entertainment A Comeback Which Could Change Things 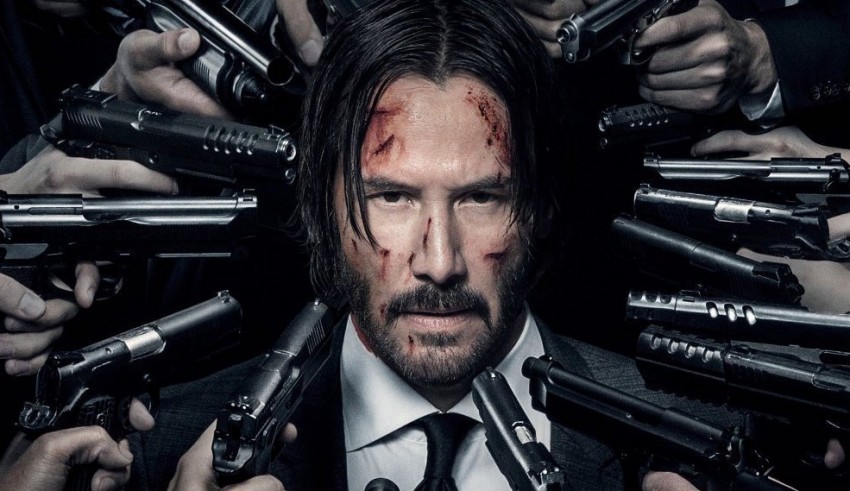 We all know about The Matrix franchise, which has been one of the most successful franchises in the Hollywood industry, along with being a golden feather on Keanu Reeves’s hat. Just after the first movie in the franchise, The Matrix, Keanu Reeves was cast in another amazing movie, The Devil’s Advocate, which, was both a commercial and a critical success. Not only the movie was good, but Keanu’s performance in the same was excellent as well. Honestly, now, I cannot imagine seeing anyone in place of Keanu performing that particular character of Kevin Lomax.

After The Devil’s Advocate, the rest of the two Matrix movies released and all went well for the star. But it wasn’t going to be easy for him, for almost 10 years, Reeves failed to impress. The list of movies in which he starred but couldn’t do well, both at the box office and in the columns, during this period, is way too long.

But then in 2014, John Wick, an action movie, which was a surprise hit, was released, starring Keanu Reeves.
The movie’s reception was unexpected to everyone. The movie did really good. It generated revenue for the producers and critical appreciation for the whole team and the cast.

What was so special about this movie, was how the action happened in the movie.

Keanu, playing the role of John Wick, the protagonist, a man who decides to leave the life of crime after the death of his wife but unfortunately has to come back because of the murder of his dog and of course, the theft of his car, by some immature young lads of the underworld.

Wick (Keanu) decides to take on a big underworld boss (who is the father of that particular stupid “lad”) and his men, single-handedly.

The type of character that Reeves played could be explained through a legend about Wick in the movie. The legend says that he killed 3 people, in a bar, with a single pencil, yes, a pencil. Thus, the action had to be amazing, of course.The action in the movie is so well portrayed, that it actually made everyone open their mouth in shocks. It was semi-plausible, of course, that’s how action movies are, aren’t they? The whole point of it being semi-plausible made it amazing, the fact that we can imagine something like this happening in real as well.

Before the 2nd Chapter of John Wick released, of course, Reeves gave some other dud performances as well, but then he signed up for those movies before the release of John Wick. But John Wick indeed marked his comeback, the movie was followed by a much-appreciated film “Keanu”, in which Reeves gives a voice for Keanu, the cat.

That wasn’t it, the success of John Wick meant a bigger Chapter 2. It meant better locations and better cinematography. When John Wick: Chapter 2, released in 2017, it gave Reeves another hit, this time, an instant one. While in the first movie, Wick has been shown as the feared one and has been referred to as “The Boogeyman”, in the second part, it has actually been shown what Wick is capable of. Moreover, it actually proved the legend correct. There is an amazing shot scene, which seemed realistic as well, in which Wick kills 2 people with a PENCIL. With the end of the movie, Wick has no support at all in the crime industry and now has to face all the people inside it single-handedly. With this, there was no doubt that Chapter 3 had to be announced, and it was indeed, announced.

With the release date of Chapter 3 being announced today (May 17, 2019), the announcement opens up a lot of opportunities. If the movie succeeds, it opens up a possibility of John Wick having a cult following. Of it having different spin-offs, for say, the Continental, which is a hotel chain for the members of the crime industry, offering safe havens to them, due to a rule of conducting “no business” inside it. Oh and just by the way, in Chapter 2, Wick loses his membership to the continental as well. But most importantly this announcement opens up an opportunity of John Wick, being a trilogy, in which all the three parts are well received by the audience, a rare feat in the movie industry. Certainly, no examples are needed of how the 3rd movie in the franchise is generally a failure.

All I can hope for Chapter 3, is, that it is produced in the similar way that the previous parts were produced. It is indeed evident that the budget for this movie would be increased, but I hope that the budget actually doesn’t lead to an action movie where nothing is real. Many things which might seem amazing, don’t actually look amazing on the screen. The movie has to be shot in the same way the previous ones were shot. The movie has to focus on good action and of course, a good story.
This movie is important, for the franchise and for Keanu Reeves himself.