May 17, 2022
6NewArticles
Home Politics Trump’s Tweets On London Attacks Gets Replies From UK 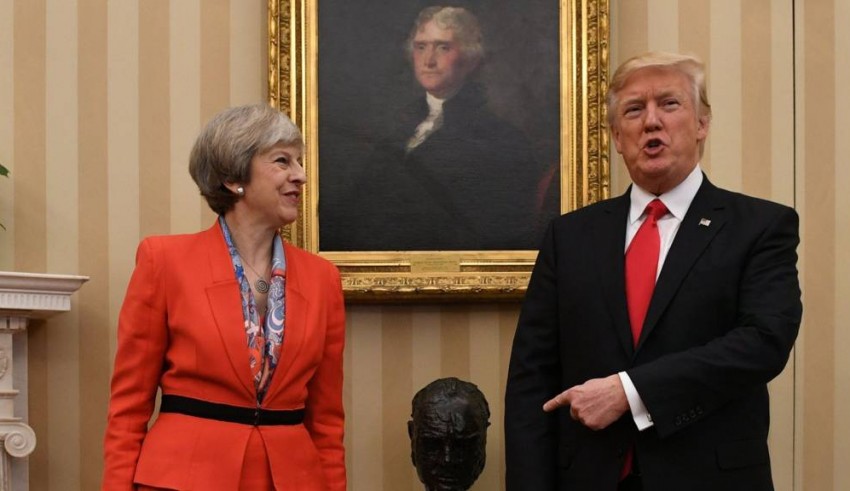 Another terrorist attack took place in London when an unknown bomber blew up a subway train as it pulled into the station during rush hour. The police have reported it to be an isolated incident. This was the fifth terrorist attack in Britain this year. The blast injured 22 people but no people were reported dead. President Trump set off a spat with the United Kingdom after sending out a series of tweets on Friday. His tweets implied that the Scotland Yard knew about the terrorist attacks but did not do anything. United Kingdom responded to the tweets that speculation was not going to help anybody and it would only cause hurdles in the ongoing investigation.

Another attack in London by a loser terrorist.These are sick and demented people who were in the sights of Scotland Yard. Must be proactive!

Trump’s tweets got a swift response from Prime Minister Theresa May and reporters were also informed by a spokesperson that the two world leaders spoke on the phone later that morning. Trump’s tweets also called for a better control over the use of the internet, calling it the main tool of recruitment for the terrorists. Trump said that the incident was a terrible thing and they need to be smarter if they have to tackle the problem of ongoing terrorism, as it is getting tougher and tougher to fight the problem.

Loser terrorists must be dealt with in a much tougher manner.The internet is their main recruitment tool which we must cut off & use better!

Trump’s tweets were not the first time when he got into a spat with UK officials. When the attacks in June happened in London, Trump mocked London Mayor Sadiq Khan’s statement about there being ‘no reason to be alarmed’. This triggered responses from both the mayor and Prime Minister. PM Theresa May said that the mayor was doing a good job and the mayor issued a justification for his statement that the reason not to be alarmed was because of the increased police protection in the area.

The travel ban into the United States should be far larger, tougher and more specific-but stupidly, that would not be politically correct!

Another tweet from Trump on Friday called for a tougher ban on the travel to United States of America. He tweeted that the travel ban, initially imposed on January 27, should be larger, more specific and tougher, but the ongoing dispute about it is stupid and the ban would not be politically correct. The ban is being contested in many federal courts and the final verdict would be decided by the Supreme Court at the start of its next term.