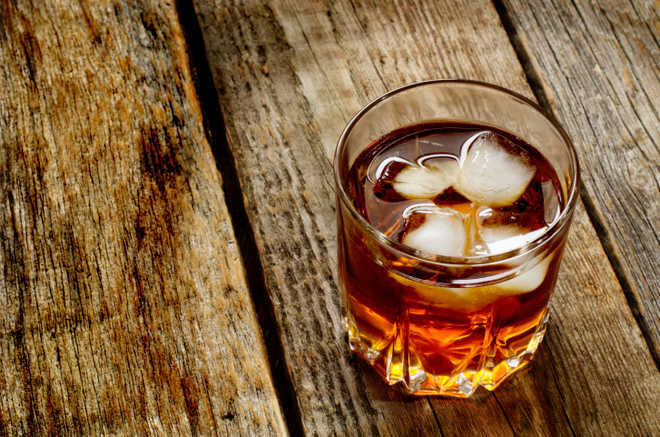 Hospitality in Punjab is not complete without a couple of Patiala pegs. The Patiala peg owes its birth to the Royal King of Patiala Maharaja Bhupinder who is said to live his entire life in a King Size fashion – he liked everything large, right from the collection of his cars to his harem to his drink. So, a Patiala Peg is the “ Shaan” of Punjab and no party or get-together is complete without a Patiala Peg. The peg is so famous that it has found its way not only in the North and west of the country but is also consumed with respect down South. I don’t think that people consuming this measure actually know anything about Patiala but their respect and love for the Peg is enormous, at times sacred.

The Peg is 4 times of the normal peg which is of 30 ml, therefore the respect and love is also four times & denying a Punjabi his Patiala Peg is the biggest crime that any one can commit. Apart from this, Punjabis know how to enjoy their drink – they strictly believe in “one life, live it” formula and they treat their drink in the same fashion. What is the fun of holding your drink for an hour and sipping it? The real enjoyment is in gulping it down, not exactly bottoms up but enjoying it in large gulps. And since Punjabis like to live life king-size, one “sitting”( a local English slang for a get-together with friends) means a minimum of 4-5 pegs to get them going with their usual niceties & dragging of female members of the person being fondly remembered.

Now the real problem arises when this Punjabi flies international (where liquor is served), he has a simple expectation of being served to the full. But the Firangi air host / air-hostess will not understand this and the biggest reason is culture barrier. In their culture, a drink is to be held whereas, in Punjabi culture, the Punjabi has to be held after the drinks. That is where the tussle starts – the Punjabi will not relent and air-hostess will also not yield to his demands. She will not serve him after 2 small pegs, which is like “ A cumin seed in a camel’s mouth or Oont ke muh mein zeera”. This is a scene that one can witness on any international flight.

Some Punjabis did find a solution to it – On my flight to Kuala Lumpur, as usual, the air hostess was trying to act smart but one of our Punjabi bros was even smarter. He asked one Peg for himself, one for his wife & one for his minor but major looking son. So he got 3 pegs in the first round, 3 pegs in the second round and for the 3rd round, he asked his wife to the front end and cleverly managed to get all the drinks to the best of his requirement. But not all are as lucky as he was.

Therefore, my strong feedback to the international flight operators is that they should conduct at least a two-day training for their air hostesses in Punjab and familiarise them with the culture. Punjab is one of the states which have a very high number of people staying abroad and at the same an even higher number of people visiting them. So a Punjabi is an HNI ( High Net Income) customer for them and should be treated Maharaja Style.

My second strong recommendation is that every Punjabi should be handed over a quarter (250 ml) or a half ( 500 ml) bottle ( depending on the flight duration ) during boarding & instead of those boring snacks, they should be treated with simple peanuts ( Punjabis are very simple guys ) and trust me whichever Airline implements this policy can grab a Lion’s share of the Punjabi flier . Punjabis will even change the destination depending on the airlines which have such a policy.

It is not that the drink brings out the best in a Punjabi, Punjabis are the best community in the world and what is ‘Best” without a little “ Masti”

Statutory Warning: The author in no way promotes drinking. The above is in light humor and smoking & drinking is injurious to health, like many other things in this world.