May 18, 2022
6NewArticles
Home Lifestyle Motivational The GOD I Met At 2 In The Morning! 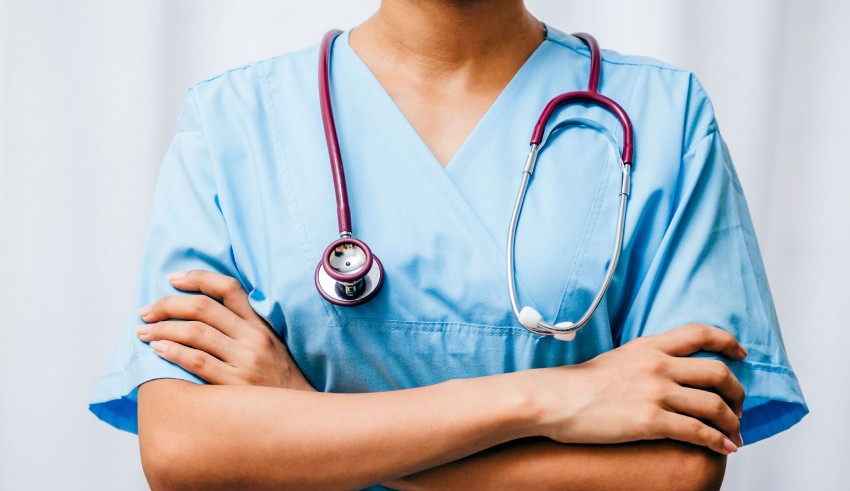 The memory is still very fresh in my mind when I got a call that my father had met with an accident and had suffered serious head injury. I felt my knees weakening & it was a bad dream coming true. I dropped everything then and there & immediately headed for Dehradun, where he was being taken for treatment after being refused by the biggest hospital in my hometown. Something was definitely very very serious.

The journey to Dehradun suddenly became very long and it seemed like a lifetime when I arrived at Jolly Grant hospital in the middle of the night. The hospital looked very peaceful at night but my mind was full of turbulence. I quickly rushed to the reception and from there literally ran towards the ICU. Outside the ICU I saw my mother and other relatives, all praying for his fast recovery. My mother was in tears and I could make out that she had been crying all the while. I had to act strongly though my heart was flowing with emotions. I could not act weak in front of her. I consoled her and tried to give her the confidence that everything will be all right.

I came to know that there was not a much physical injury but due to the impact on the head, he had suffered multiple contusions in the brain. Since those were multiple contusions the doctors could not operate and the only way to healing was constant medication and lots of prayers. The nurse was considerate enough and allowed me to visit my father despite that not being visiting hours. I went inside the ICU – this was my first time inside the ICU. There were machines everywhere producing sounds which made the environment even scarier. My father lay on one of the beds, similar machines attached to his body. I tried to speak to him but he was in a coma and was supported by a ventilator. I was told that prolonged usage of ventilator was dangerous & could be life-threatening if the patient did not respond and come back to senses.

The nurse told me that all vitals were way off the range and there was a high risk for the next 48 hours. I just could not believe that all this was happening to us. My father was a good man and he had lived his life throughout doing the right karma. It was definitely the result of previous life’s karma.

I met the doctor in the morning – he seemed to be a nice person but as all doctors are – he did not give a clear picture. He said – next 48 hours are critical. Every hour seemed to be like a lifetime. The only connection with my father was the nurse who used to come out and hand over a list of medicines to be bought. For the next 48 hours, I lost the count of medicines and injections that were called for.

48 hours passed but there seemed to be no improvement. My father was still in a coma and he was still on the ventilator. I again met the doctor. He said – improvement is very slow, the situation is critical. We will observe him for the next 48 hours before prescribing any further course of action. Our hearts started sinking – different people, different comments, different suggestions. “ Ventilator is not good for such a long time “ ; “ this hospital is very basic, you should shift him to a better hospital in Delhi”; “ the doctor’s attitude is very casual, he is not giving a clear answer and only seems to be interested in increasing the bill for the hospital ”.

Everyone I met had a suggestion to offer and I knew that all of them were out of love & affection and consideration for my father. 48 hours drained the energy out of me-  I could not think clearly and was super confused. But I chose to wait for another 48 hours. In the meantime I also contacted the Better hospital in Delhi told them the entire case – it was then that I came to know that these hospitals are nothing less than 5-star Hotels. Anyways, at that point in time, money was the last thing on my mind.

Another 48 hours passed and there was no improvement in his condition. It was then that panic started kicking in and I started regretting the time we had lost. I started believing that the doctor was misleading us and it was beyond his capability. He even reacted rudely a couple of times & I felt very helpless. It was the 5th night when the nurse suddenly came out rushing and informed that they would need 4 bottles of blood and platelets next day morning. She said that things were worsening and his body was catching infection because of prolonged usage of a ventilator. I literally lost my balance and that’s when I decided that come what may we would shift him to the Better hospital in Delhi. I told the nurse that we would like to shift him and she should prepare for the formalities. It was 12 in the night. She replied that she would talk to the doctor. I was least interested in her arguments and started making arrangements for the shifting. There was a lot to be done – money to be arranged, ICU ambulance to be called for, doctor to be aligned and above all, I had to ensure that everyone was emotionally stable and prepared for this.

It was around 1.30 am that I got a call on my cell phone from an unknown number. Why would someone call me at 1.30 in the morning ? I thought for a couple of seconds and then answered the phone. There was a heavy voice on the other side. “ Hello, I am Dr Rajesh speaking. The nurse told me that you want to shift your father to Delhi. I would suggest that you come over to my house and we can discuss this ”. I told him very politely that we have made up our mind and there was nothing left to discuss and would be great on his part if he could sign the discharge documents. He insisted that I meet him. Reluctantly, I walked towards his home which was in the hospital campus only. On reaching outside his home, I found him waiting for me.

He was wearing a simple cotton Kurta Pyjama and looked very different from his daytime stern and serious look. He welcomed me in his house and we sat in his drawing room. It was a very simple room with many trophies & certificates and pictures of his family. Those seemed to be the only precious things in that room. He offered me a glass of water and asked whether I would like any tea or coffee. I politely refused. He then pointed towards a wall and showed a picture – it was his father’s picture, he told me. He said “ My all patients are very special to me and I treat them like I am serving my God. Your father is like a father to me and I would not advice or prescribe any wrong treatment to him. I understand your anxiety and pain but this is the best treatment under the given circumstances. Even if you shift him to a Better hospital, which I would not advice given his weak condition ; the treatment and medicines would be absolutely the same.

His situation is critical & he is taking time to respond to medicines. It happens sometimes – some patients take time to respond. But trust me, I am doing my best and I am confident that I will be able to pull him out of this danger zone. All you need to do is trust me and pray to God. Rest I leave it to you, if you still want, I will sign the discharge documents tomorrow morning and arrange for his shifting ” I was speechless. I had not expected such kind of a response from a doctor. What was my father to him – another case, another patient ? Why would he take so much interest and pain ? I did not find words to respond and just mumbled something incoherently and came out of his house. Actually speaking I wanted to get out of that uncomfortable situation.

I had already decided to move my father and now here was this doctor who was weakening my decision. Thinking all this, I started walking towards the ICU where every one was eagerly waiting for me. In the dead silence of the night somewhere a clock struck two – it’s first strike broke the silence of the night and it’s second strike broke the confusion in my mind. Suddenly I was very clear and the decision was taken. I had to think about the best treatment for my father. I quickly paced towards the ICU and when I reached there I announced my decision to everybody including the nurse who was standing outside. “ We are not moving him anywhere and we will continue to get him treated here and under the supervision of Dr Rajesh only ” My family and my relatives were surprised and worried at the same time. They thought that I was taking a foolish decision.

But I was very clear in my mind. Some decisions, when taken by heart have no logic but they rarely fail you. I saw love and affection in the doctor’s eyes. I saw honesty and faith in his eyes and I saw confidence in his voice. Despite all protests from my relatives, I stood firm on my decision.

Next day morning, I met the doctor and silently conveyed my thanks to him and transferred all my worries to him. He smiled and nodded.

By God’s grace or rather by his effort, my father started responding and started recovering very fast. His organs started responding and the ventilator was removed within two days. He regained consciousness. Of course, there were other complications, but he came back to life. He was discharged after 30 days of treatment and we brought him back to our house – a thing that we had lost hope of.

Even today whenever I recall this incident, I silently send my thanks to Him & I am sure that he is continuing with his acts of Godliness with his patients.