May 18, 2022
6NewArticles
Home Peppy The Adharma of Dharmaraj Yudhishthir !! 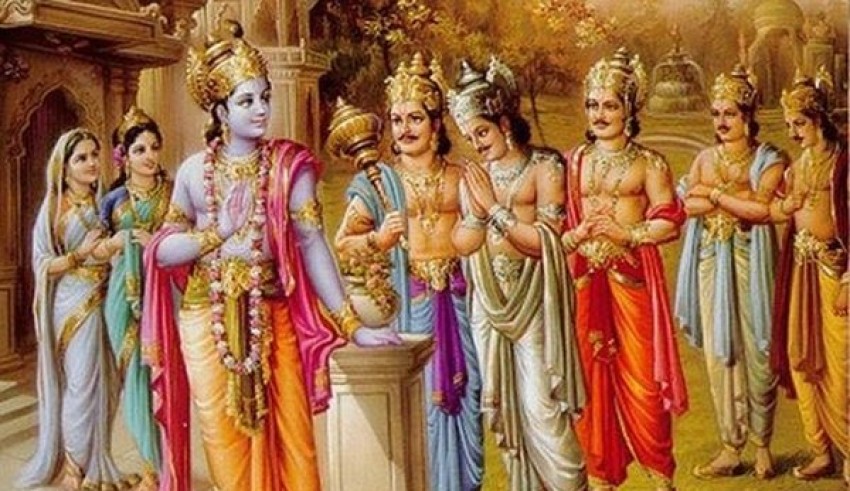 Who does not know about the eldest brother of the Pandavas: Yudhishthir. He was known as the most righteous man and was known as Dharmaraj.

The famous incident of the “ Game of Dices “ brings out a lot about his thought process and his understanding or non-understanding of Dharma.

The Pandavas were invited to the Game of Dices by Duryodhana and despite strong opposition by his family, he did not decline the invite because of Kshatriya Dharma and fearing what would the world say about him?

When they reached Hastinapur, Duryodhana said “ I am an indifferent player, So uncle Shakuni will play on behalf “ Yudhishthir accepted without any protest, though nowhere the rules said that the game could be played by a proxy – Dharma?

When the game started, he wagered everything and lost – his ornaments, his chariots, his granary, his elephants, his horses, his army, his slaves & his treasures.He wagered his kingdom which was given to him by his people.He was the King and kings are made by people but he wagered everything – Dharma?

Because of his insecurity & the fear of “ what will people think of him”, he even wagered his brothers who had pledged their loyalty to him as their elder brother and the King – Dharma?

The worst part of his game was when he wagered his wife, Draupadi, daughter of Drupada. The same Draupadi, whom they had already taken through the torture of being a wife of five husbands. – Dharma?

And the most horrific incident. When Draupadi was being shamelessly disrobed by Dushasana, he not only did nothing but also did not allow his brothers to take any action to save their wife from being forcefully exposed to the Sabha – Dharma?

Finally, Bhishma intervened and restored everything and Pandavas got everything back. But Duryodhana again sent for a challenge through his father for another game: 12 years of exile or rule over the entire kingdom. Yudhishthir again did not decline to say“ I cannot disobey my Uncle ” He again lost the game and had to go into exile with his family for 12 years. – Dharma?

The above incidents have nothing to do with Dharma but more highlight a weak leader who wants to hide behind archaic rules written in some age-old book by someone who sat under a tree and decided for mankind. If he could search for an exception for Draupadi to be shared between five husbands, then he had all reasons to either decline the offer for the Game of Dice or pick up his sword to protect the respect of his wife. He did nothing of that sort.

Dharma is very subtle and there is a very fine line between Dharma and Adharma. Dharma is also situational – to kill is a sin but to kill in self-defense is Dharma.Yudhishthir was a knowledgeable person but as Aristotle said “ A person may have knowledge but he may not use it at an appropriate time ” And Yudhishthir failed to make good use of his knowledge.

Some argue that he agreed to game of dice in order to avoid war. He was a Kshatriya and by doing so was he not running away from the Kshatriya Dharma?

While wagering everything, he forgot the cardinal Dharma of Kingship “ A king is but because of his people and it is his first duty to save his kingdom and his people ”

Much can be learned from Mahabharata for modern-day corporate leaders.

The interpretation of the above incidents is left to the reader.

Next in series is lifetime learnings from the life of Bhishma and whether he was an epitome of Dharma or otherwise !!

The GOD I Met At 2 In The Morning!