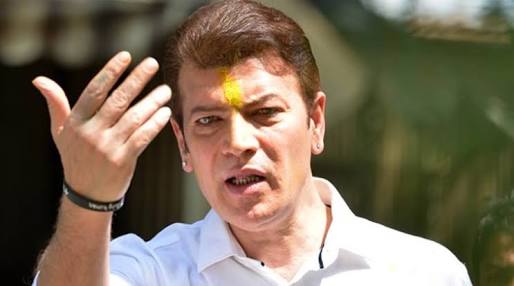 The lady famous for her vociferous attitude, Kangana Ranaut has created a buzz once more after her shocking and bold revelations about her abusive relationship with yesterday’s actor Aditya Pancholi on the popular show Aap Ki Adalat recently.

Kangana had referred to her hardships and abusive relationship with an actor of his father’s age in her early days in Bollywood without mentioning a specific name. She quoted –

“ It was a very difficult and very harsh time. I was physically abused. I don’t have to go to details. I felt trapped. You feel people might help you. But there are no free lunches.”

She was in dilemma without any support and there was no turning back as that would have landed her back into her village. A police complaint would have convinced her parents to take her back with them but as she quotes:

“ This man who was of my father’s age hit me hard on my head when I was 17. I started bleeding. I took out my sandal and hit him hard and he started to bleed too. “

Finally, she took the help of cops who gave a warning to the veteran actor to stay away from her.

The actress recently confirmed for the first time that the actor was Aditya Pancholi in her interview at Aap Ki Adalat. She even confessed that she asked for Aditya’s wife Zarina Wahab help only to hear that even she was afraid of him and was happy that “ He did not return home these days”.

The actor’s litigation against the allegations:

Aditya seems to be in no mood to digest Kangana’s accusations. In his words:

“ She is a mad girl, what to do, did you see the interview? Didn’t you feel like some mad person was talking? Who talks like that? We have been in the industry for so long, nobody has ever spoken anything so evil about anyone. What should I say, she’s a mad girl. If you throw stones in mud, it will only spoil your clothes.”

Stating his plan for the lawsuit, he said:

The actor completely disregards Kangana’s accusations but sympathizes with the actress’ condition:

“ I am just hurt, and in all this controversy, I am also worried about her, she is such a good actress. God has given her so much. she should be grateful for it. She should be now more humble and nice to everyone. According to her, the entire world is the villain and only she is nice.”

We don’t know who is the paladin or who is the felon, but the latest controversy has highlighted some of the bitterest truth and malicious world of the fascinating industry.

What is your opinion in this?