May 17, 2022
6NewArticles
Home Politics It’s Been A Great Year, For Corrupt World Leaders Having A Tough Time 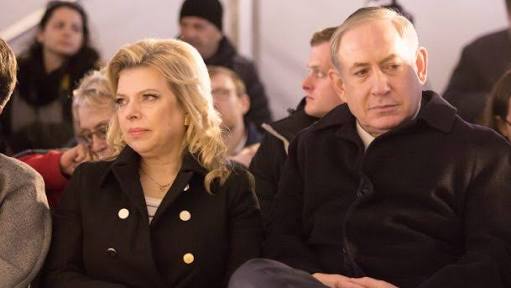 Starting from South Korea, followed by Brazil, then Pakistan and now one of the most advanced countries in terms of defense and India’s new good friend, Israel. The top leaders of all these countries have been associated with corruption.

When it is said to top leaders, that literally means the Top Leaders, the ones who are running the country, the Government.

Sara Netanyahu, wife of Benjamin Netanyahu, the Prime Minister of Israel, is expected to be charged over fraud allegations by the Attorney General of Israel, Avichai Mendelblit. Allegedly, Sara has been ordering pricey chef’s meal, throwing lavish dinner parties and hiring private chefs, at the Prime Minister’s residence, which is of course, against the regulations. The whole fraud is equal to an amount of Israeli shekels which equivalent to $110,000 approximately, which is 71,50,000 INR approximately. Well, too low compared to corruption done by Indian politicians, but then again it’s Israel.

The modus operandi, according to the couple’s former caretaker, Meni Naftali, is that she gave a higher number of guests than actually attending so as to pay more per meal for fewer dinners. That’s not it, allegedly, the furniture that was bought for the Jerusalem’s residence was moved to the couple’s personal home.

Meni Neftali has also been found in one of the Prime Minister’s speeches, in which the Prime Minister has also accused the former caretaker of many things. While the war of words is expected to continue, the real story will only unfold in the coming time, with the actions of the Attorney General and the Prime Minister’s legal team, which is believed to have already started working on this issue.

One thing is affirmative though, that the Prime Minister of Israel awaits a tough time, with the burden of this case and at least four other charges of corruption.