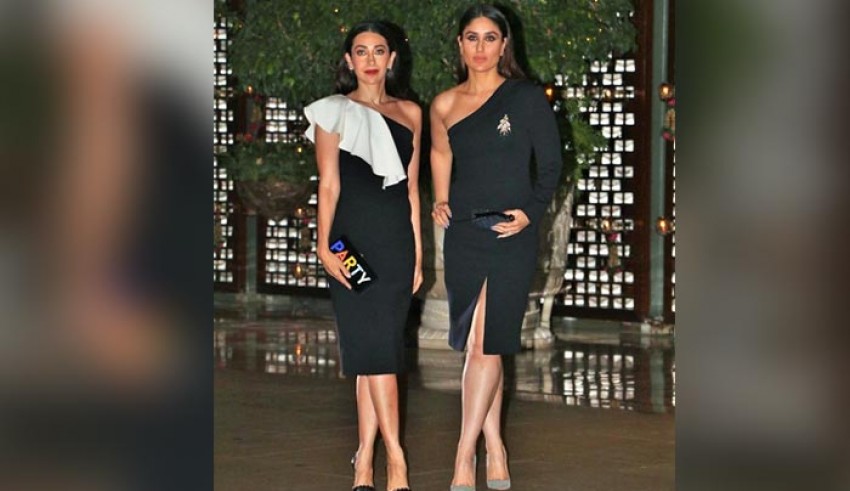 Kareena Kapoor Khan, an actress who has made her mark in the film industry by her smoking hot looks, absolutely impeccable acting skills and dazzling attitude does not really need any introduction. The actor has constantly inspired everyone whether it be through her expedition from a chubby yet endearing girl to a sizzling size zero diva to now, showing off an amazingly inspiring physique just months after diving headfirst into the exhausting and tiring world of motherhood. Not only this, the actor is also keeping busy with the shoot of her upcoming film, Veere Di Wedding.

But it seems like people can’t set aside their hypocrisy and let celebrities breathe and live their lives without some sort of speculation or rather, criticism every fifteen seconds. Recently the Begum of Bollywood became a part of a controversial topic on social media after her sister Karisma Kapoor shared a photo of the two from the star-studded bash hosted by Isha Ambani at her residence in Mumbai over the weekend. Bebo got fat-shamed for showing off her ‘fat’ legs and got trolled with several nasty comments.

People cannot seem to comprehend that the actor is comfortable enough in her own skin to face the camera when others would be either locking themselves in their homes or running on the treadmill to get in shape before even stepping out of their houses.

The actor was applauded for her relentless decision of working till the last trimester of pregnancy as well as going on an incessant post pregnancy spree. Kareena has said it time and again that she has become a mother and work is her priority but family is important too, even though she really doesn’t need to keep giving these clarifications to anyone.

The actress used to trend on the Internet on a daily basis and now she shares her stardom with her own son Taimur who has become the apple of everyone’s eyes in a short span of time.

But amidst all criticism and appraisal, what we cannot forget is the beauty’s comeback on screen post motherhood with ‘Veere Di Wedding’ co-starring Sonam Kapoor and Swara Bhaskar.