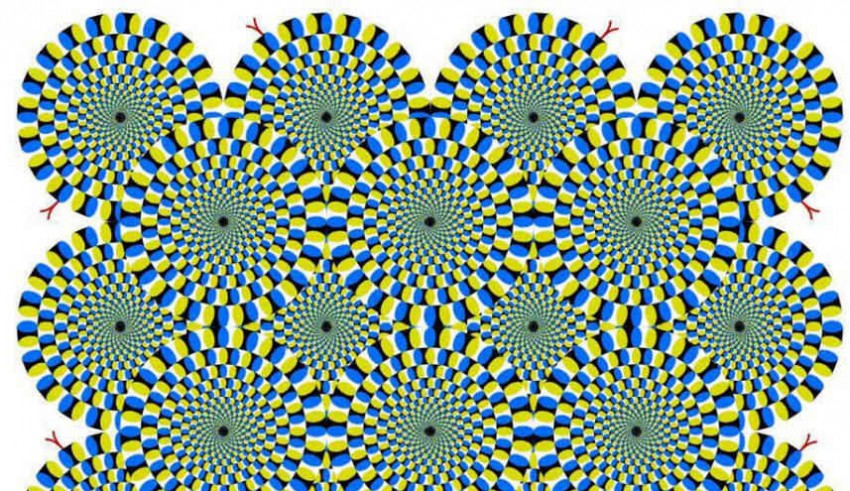 Optical Illusions are of great amusement to kids and adults alike. Looking at those idiosyncratic patterns, graphics and visuals seem to reignite our minds and fill us with uncontainable joy. They can even be a source of stress management for people who can actually endure them.

But they can be equally mind-numbing and brain swirling for some. Optical illusions can make you dizzy and twist your mind and eyes beyond imagination. What starts as a source of harmless fun soon turns into a source of eye strain, vertigo, and nausea.

The most popular Optical Illusion is one with the spirals, that is in reality, absolutely static and stable. But to viewers of this majestic illusion, it appears to be twisting and turning, causing them to stop looking, after a few seconds. just to keep their brains from exploding from the taxing and exhaustive visual.

For our sanity, it’s probably to the best of our interests to ignore them. These harmless seeming circles stay still when we stare at them, one at a time, but spin speedily when looked all together.

A psychologist at a University in Japan recently tried to decipher the mysteries of this illusion and realized that it is actually our brains which makes us miscast the pattern as motion.

Shapes are thought to mess with the way our brain adapts to different and scattered color tones. As we turn our eyes to this image,

*The blacks and whites cause a bunch of neurons to get worked up at once.

*The blues and yellows trigger a comparatively slower, response.

This difference in timing taken by the brains to respond to these colors, makes us mistake the image to be moving when it’s perfectly stagnant.

This effect is radical when we look at the image altogether, but as soon as a spiral is viewed singularly, the motion seems to dissipate. The scientific reason for this is that the eye’s center contains a sort of photoreceptor. These sensory cells, hence, let us see fine details easily, preventing our motion detectors from muddling up the single spiral like it does in case of many of those spirals.

We might even be able to fool a cat with it. Some cats display hunting behavior when viewing this illusion.