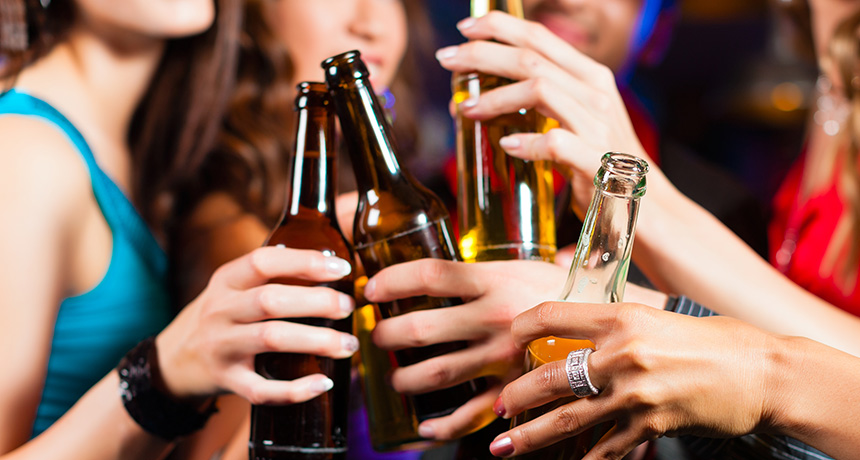 Drinking has always been the favorite pastime of a majority of the world but an excess can always cause various health problems. The United States of America is already well-known for obese people and health problems and drinking alcohol to the point of it being dangerous has risen in the US, for women, minorities and older adults. A study, published in the JAMA Psychiatry and funded by a federal agency for alcohol research, examined how the drinking patterns have changed between 2002 and 2013 and are based on surveys conducted in-person on tens of thousands of American adults. 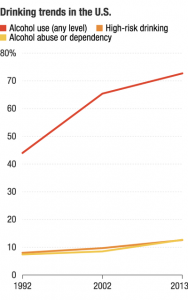 The study found that drinking has risen substantially over the time and the problems accompanying drinking alcohol have also increased by a great percentage of women, racial minorities, older adults and the poor people. Drinking patterns had declined from the 70s through the 90s as is shown by many research studies but after the 90s, the percentage of people who drank alcohol rose nearly by half while the high-risk, addictive drinking rose by about 20 percent. 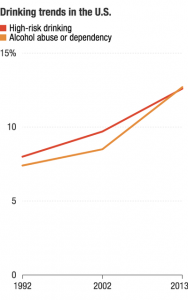 The researchers have attributed the increase to many reasons, gender gap and wealth inequality chief among them.