September 24, 2021
6NewArticles
Home Entertainment Sharon Stone Shared A Tape Of Auditions For Basic Instinct And Trusts Us; You Have All The Reasons To Watch It NOW! 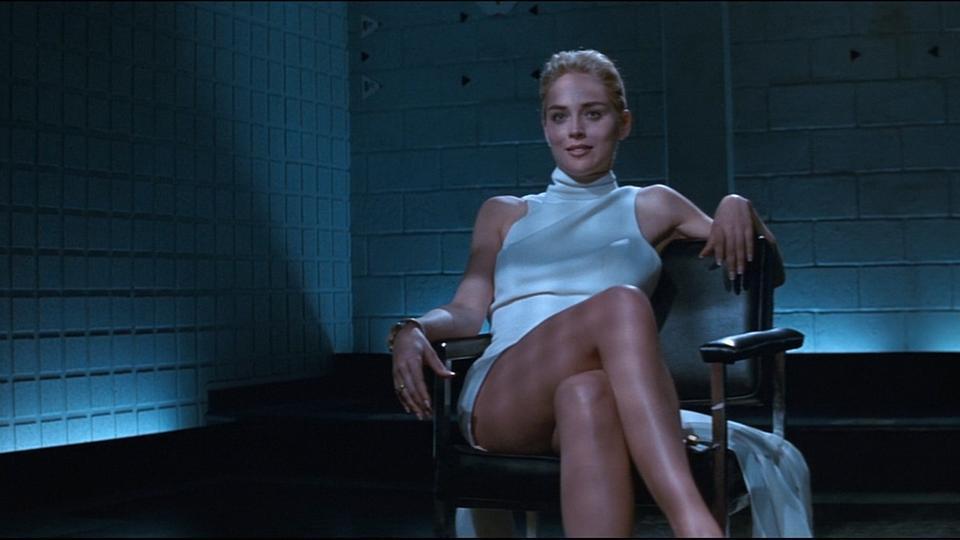 Sharon Stone the most renowned seductress of the 90’s shared a video clip on Wednesday from her audition for the role she played in 1992’s Basic Instinct. It is a one minute clip in which Stone can be seen running lines with the director of the film Paul Verhoeven who is playing in for Michael Douglas.

She is seen taking a drag of a cigarette and sipping a drink while playing the classic femme fatale character in full glamour.

Back in 2014, Sharon spoke about how she got the role in an interview with Oprah, “It was not an easy part to get,” she said. “They offered it to 12 or 13 other women who turned it down. So it wasn’t like I got there and everyone was like, ‘Yay, she’s here!’ It was like, ‘Mm.’ But I knew walking on that set that I was enough.”

Sharon was a big name even before she became a part of Basic Instinct. She played marvelously in Total Recall, was a part of the Police Academy series, and played powerful characters in numerous TV gigs in the sitcom. But her performance as Catherine Tramell was so amazing and hot that it is what we know her mostly for. In fact, her career can be broken down into pre-Basic Instinct & Post Basic Instinct.

The movie Basic Instinct turned 25 this year, which is another reason Sharon shared the clip feeling Nostalgic.  The movie itself was a blockbuster and Sharon was one primary reason that made it this big. It was a controversial movie. The scene where Sharon was being interrogated by the detectives and she tried to distract them by crossing and uncrossing her legs all while without wearing an underwear is one of the hottest scenes of Hollywood till date.

Sadly, the second part of the movie Basic Instinct 2 wasn’t as great as the former. It was released in 2006 and didn’t do any great job like the former that earned a total of $352 million.

Why We Need VPN In Our Life?

VPN stands for Virtual Private Network, or virtual private network, and is a very effectiv…