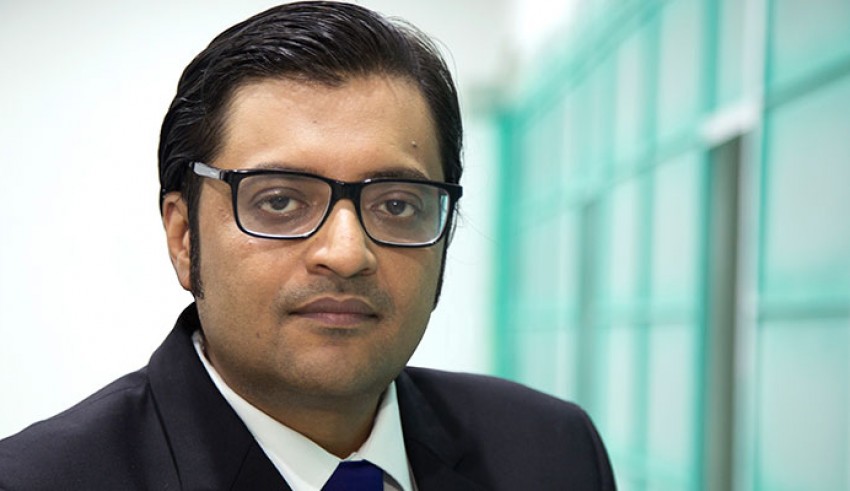 Every Indian who watches TV or is involved in any kind with the politics of India, has heard of the name. He is the voice behind many heated debates, the face of prime time, the voice of the middle-class man, and one of the most influential men in India. You may hate him for his overexcited reactions or love him for asking the sensitive questions, but you have all heard his name. We are talking about none other than NDTV’s Arnab Goswami. You may be laughing at the memes made with Arnab Goswami as a subject but there are some facts about him that are not very well-known.

1. Arnab started journalism with The Telegraph & not with NDTV

While many of us know him as a news anchor who became a face of NDTV, he actually started his career as a journalist with ‘The Telegraph’ in Calcutta. It was his shortest career stint, less than a year. From there he shifted to Delhi and joined NDTV.

2. Arnab is an alumnus from Oxford University

He holds a degree in BA (Hons.) Sociology from Hindu College, Delhi University. From then onwards, in the year 1994, he completed his Masters in Social Anthropology from St. Antony’s College, Oxford University where he was a Felix Scholar.

3. He is a published author

In 2002, Goswami got his book “Combating Terrorism: The Legal Challenge” published which talks about framing laws against terrorists and terrorism. Set against the backdrop of September 11 attacks, the book creates a comparison between the anti-terrorism laws in India and that in the west.

His grandfather, Rajani Kanta Goswami, was a lawyer, a Congress leader, and an independence activist. However, his maternal grandfather, Gauri Sankar Bhattacharya, was a communist and leader of the opposition for many years in Assam.

5. His father belongs to BJP

Arnab’s family has diverse political views. His father Col. (Retd.) Manoranjan Goswami contested as a BJP candidate in the Indian general election, from Guwahati. He lost to Congress candidate Bhubaneswar Kalita. Though he is not a popular figure in the politics now, his Facebook page boasts of his writings and books. His recent writing is Deserted Bouquet, which has been translated into English from Assamese by his wife, Suprabha Goswami.

6. His first interview was with Sonia Gandhi

Arnab described his dream in an interview with ‘Good Times’.  “I do dream that at some time in the future, our country will have a channel like BBC or CNN which is going to be broadcast to the world and if such an opportunity arises, I would certainly like to play a role in it.”

8. He was ranked 46th in India Today’s High and Mighty Power List

Given his image of voicing the middle class’s view, he was chosen as the 46th powerful person in India Today’s list of 2012 and preceded Arvind Kejriwal too. He also received the Ramnath Goenka Award for Journalist of the Year in 2010.

9. A Bengali with roots in Assam

Goswami’s wife is Samyabrata Ray. She is a journalist with Telegraph.She is writing a book on Indrani Mukherjee murder mystery.

10. He is a journalist by accident

He never wanted to become a journalist. He always wanted to be a lawyer but he got Felix scholarship to study social anthropology at Oxford.

11. The story behind the catchphrase, “The nation wants to know”

“I was doing my program and I began to feel that these politicians are not taking what I am saying seriously. They started thinking compared to other editors who were much more senior, I was stepping out of the line and asking too many questions. In order to give legitimacy to what I was saying, I said this is not just Arnab wants to know. While interviewing a politician named Praful Patel who kept dodging the questions, I said the nation wants to know. And it worked. After which I thought why not do it again and again.”

12. He was kidnapped by Pappu Yadav for one and a half days

In 1996, Arnab was covering legislative elections in Purnia, Bihar and had interviewed Pappu Yadav. After finishing the interview, when he was about to leave, he was informed by Yadav’s men that he could not leave without Papp Yadav’s permission. His men kept him with them for one and a half days with Pappu Yadav telling the public that Arnab was from BBC.