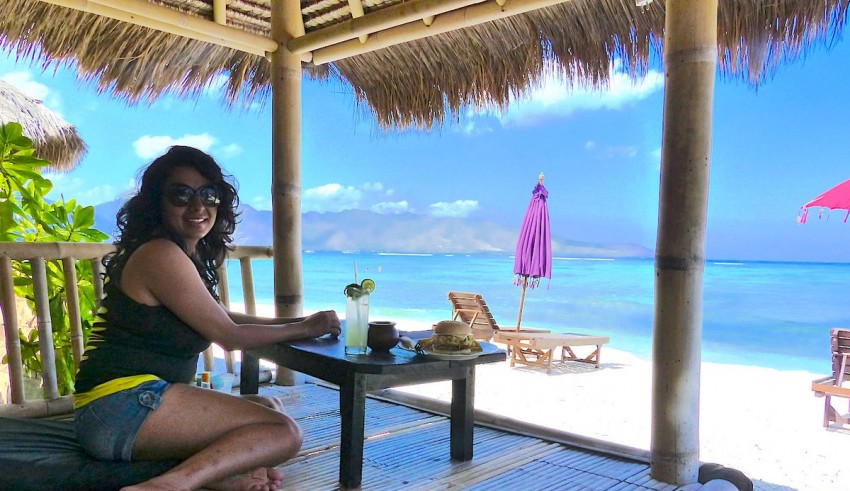 Medhavi Davda was only 16 when she first fell in love with the mighty Himalayas. It was her first high-altitude trek and all it did was leave her wanting for more. She could not be stopped after that first trek. Along with a demanding job as a software engineer with big names such as TCS, Infosys and IBM, she also took up solo backpacking and high-altitude trekking. She invented a term for herself, “aquaddiction”, which she says that she developed. She got herself an advanced adventure certification as a scuba diver and explored the underwater life in Lakshadweep, Havelock Island, Gili Trawangan, Vietnam and Cambodia.

Soon it became second to Medhavi’s nature. Trekking became her love and it gave her the most pleasure. She would make up excuses just to see the snow-clad mountains and traverse their terrains. She found herself wandering on to newer treks and went on to do the Roopkund Trek, Chadar Trek, Kashmir Great Lakes trek, a solo trek to Markha Valley, Stok Kangri, Auden’s Col, Kalindi Khal, Garuda Peak and Everest Base Camp treks. The close proximity with nature gave her a new perspective and she was disillusioned with modern materialism and desires to acquire new things.

In 2015, after a spontaneous trip to the Andaman Islands, Medhavi quit her job and took off on a five-week backpacking and scuba diving adventure to Vietnam, Laos and Cambodia. After she came back, she donated most of her possessions and went off to live in the Himalayas. Bir was her first stop, and she stayed there for three months. After that, it was backpacking in Spiti and Kinnaur for a couple of months and a six-month stay in Tirthan Valley. Medhavi has been featured by many publications and inspires people by giving motivational talks. She was a speaker at TEDxGCET in 2017, where she gave a talk titled “Solo travelling – Follow your dreams”.