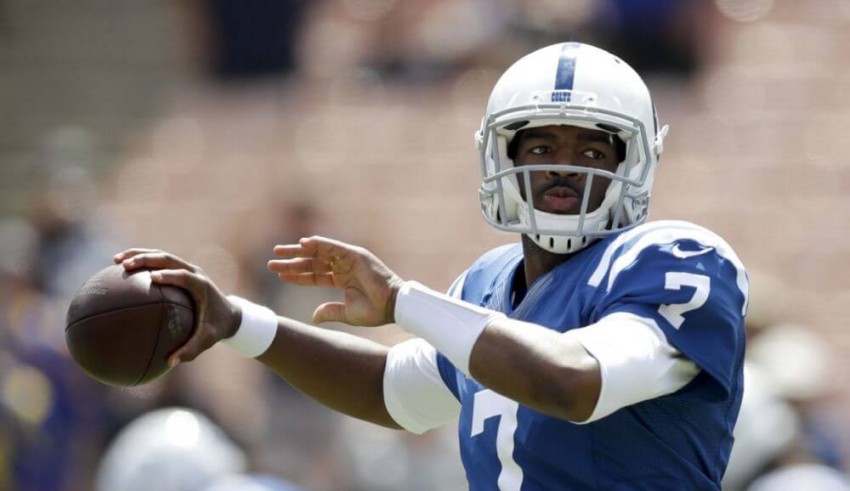 The quarterback for Indianapolis Colts, Jacoby Brissett, was hit hard in the head in the third quarter of the game on Sunday, which left him reaching for his head. This move prompted criticism from an expert, Chris Nowinski, the co-founder and CEO of the Massachusetts-based Concussion Legacy Foundation. He posted a video of the hit on Brissett’s head on Twitter calling the NFL’s Concussion Protocol a total fraud. He wrote that Brissett “showed the clearest concussions sign of the season. Helmet-to-helmet hit, holds head, then goes limp, then needs help up. You don’t need a protocol to hold this player out for the game.”

#NFL #concussion protocol is a fraud. QB Jacoby Brissett goes back in after showing the clearest concussions signs of the season. Helmet-to-helmet hit, holds head, then goes limp, then needs help up. You don't need a protocol to hold this player out for the game. Check the tape: pic.twitter.com/db8sDwVmVl

Jacoby Brissett was not available to talk to the media. A spokesperson for the Indianapolis Colts tweeted that Brissett had developed the symptoms for a concussion after the game due to which he would not be able to talk to the media and everything was within the protocols of the NFL. Talking about the play in question, Jacoby Brissett was hit in the head which rendered him motionless on the field for a few seconds before his teammates came to his help. While he was taken to the examination tent, it appeared that backup Scott Tolzien was entering the game. However, before Tolzien could take the snap, Brissett returned to the play.

Haha. Brissett comes back in before Tolzien can take a snap. The crowd rejoices.

Brissett proved himself to be a valuable player to the team, his throw an interception later in the game effectively sealed a 20-17 loss to the Pittsburgh Steelers. This hit to his head was the second time that Brissett re-entered the game in four days. The Colts said that he had cleared the NFL’s concussion tests twice and had only developed the symptoms of the concussion after the game. According to a statement by the team, a Colts team doctor had administered the concussion evaluation to Brissett which he passed.