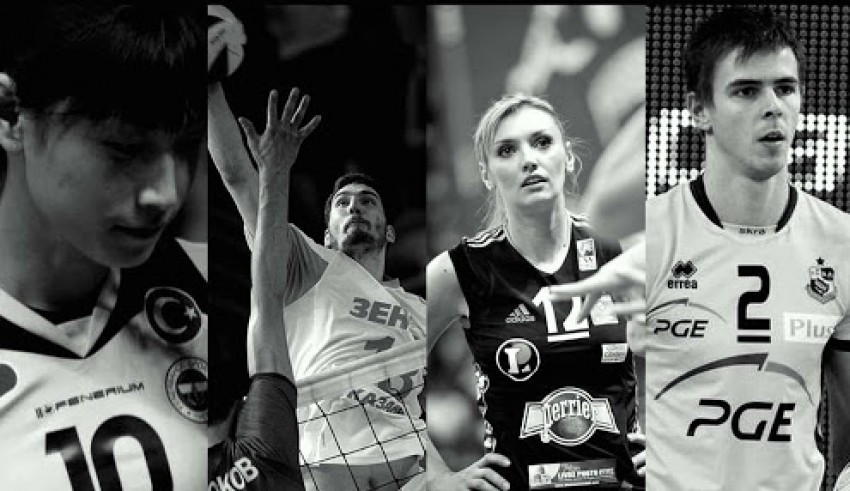 Volleyball is among the most interesting games with an equally interesting history to it. There have been many players of the game who have made headlines for their impeccable and amazing play on the field. The Federation Internationale de Volleyball, shortly known as the FIVB published the list of the best of volleyball players, both men, and women in the last century. An expert panel of 12 members adjudged this list based on the top results of the players, their personal attitude, stability on the field, their performance in the game, and their contribution to the game technically. The enclosed list is the final list as announced by this panel.

Given below is the list of the most famous and greatest of women volleyball players of all time. The list is purely based on their performance and may not be the final list from FIVB.

A Cuban volleyball player, Regla Torres was born in 1975 on the 12th of February and has been a three-time gold medalist in Olympics. She won her first Olympics at the age of 17 and she was also the recipient of the Best player for the 20th-century award in the year 2001 and was part of the hall of fame of Volleyball.

A Chinese national born on the 10th of December in 1960, Lang Ping is now the head coach for the national Volleyball team of her country. She was also the coach for the US volleyball team which won the 2008 Silver Medal in Beijing Olympics. Lang Ping, herself has won a gold medal in the Olympics and won the world cup championship twice.

Hailing from the Soviet, Inna Ryskal was born on the 15th of June in 1944 and has been a prominent star on the volleyball court in the 60s and the 70s. Her presence elevated the status of the national volleyball team of her country in the 60s. She is also the recipient of the Olympic gold medal twice in 1968 and 1972. She has also won the world cup championship and held the FIVB world cup in the years 1970 and 1973.

Born on the 15th of August 1978 in the USA, Kerri Walsh is a famous volleyball player who made her debut for the country in the 2003 Beach Volleyball world tour of FIVB. She won the bronze in that event and represented the country in the Olympics of 2004 to win the first gold medal of her career. She is a three-time gold medalist of Olympics and World championships.

Logan Tom, born on 25th May of 1981 in the USA, is quite popular on the indoor and the beach courts of volleyball. She was the youngest to represent her country in the game in Olympics. It was in 2000, at the age of 19, when she played her first Olympic game for her country. She was with the national team from 2000-2012 and has won the silver medal in the 2012 Olympics for her country. She was also named the best scorer in that event. She has two silver medals in the Olympics and 3 gold medals in the World Grand Prix.

This former beach volleyball player of the USA was born on the 30th of July in 1977 and was the teammate of the famous Kerri Walsh. She has three Olympic gold medals to her name in beach volleyball and also three gold medals in world championships. Having 112 individual championship wins to her credit, across the international and domestic court, the Misty May-Treanor was the most successful player as of 2012.

Born on 1st May 1962, in the USA, Paula Weishoff represented her country and is counted among the greatest of her time. She has two Olympic medals to her name, a silver medal in 1984 and a bronze medal in 1992. She was also the recipient of the gold medal in the World Grand Prix of 1995.

A retired female volleyball player, Rose Magers-Powell played for the team until the year 1984. She has won two gold medals in the NORCECA games and the Pan American Games. She has also won the bronze medal in the world championships of 1982 and a silver medal in the 1984 Olympics. She played professional volleyball from 1984 to 1993 in Japan after her retirement and is currently the head coach at the A&M University in Alabama.

Born in Cuba, she was born on the 8th of May 1978 and she represented the national volleyball team for her country in consecutive summer Olympics from the year 1996. She has won two gold, and one bronze medal during her stint in Olympics. She has 7 gold medals from various other championships like Pan American games, NORCECA championship, Pan-American cup, Volleyball world cup, and World championship.

A US volleyball player, born on 3rd November of 1960, Karch Kiraly is considered to be the best at both indoor and outdoor volleyball games. He has won the gold medal in the Olympics thrice and is also a winner of the world championship. After retirement, he became the coach of the women’s national volleyball team and led them to win the finals of the FIVB world championship, where they defeated china.

Born on the 11th August of 1968 in Italy, is a former volleyball player for his country and also the head coach of the team. He made his debut in 1987 internationally while his career started as the setter in the 1980s for the national team. He has won a world cup, two world championships, 5 world leagues, and 2 European championships, and also the silver medal in the Olympics 1996. He has donned the Azzurri colors about 306 times before he retired.

Born in Argentina on the 14th of April, 1963 Hugo Conte is the head coach currently of Italy’s Volley Cavriago. He was part of the national team which was in the Olympics thrice and was considered to rule the courts for about 16 years on behalf of the nation. As a well-qualified all-rounder, he has won two bronze medals in the Olympics and the World championship.

Born on the 19th of July, 1960 in the Brazilian land, Renan Dal Zotto is currently coaching the National Men volleyball team of the country after his retirement. He is among the greatest indoor players to play for the country. He was 16 when he made his national debut in the year 1976. As part of the national team, Renan Dal Zotto has won a silver medal in the Olympics and World championship and also the gold medal in the Pan American Games.

As a national of the Czech Republic, Josef Musil played from the early 1950s to the later part of the 1960s. Born on the 3rd of July 1932, he was part of the national team at the age of 19. He has won two gold and silver medals at the world championships, two golds at the European championships, and also a silver and a bronze at the Olympics. Known famously as the “Merited master of sport” he was among the best of the players during his time.

Born on the 10th of April 1921, in Russia, Konstantin Reva dominated the volleyball court in the later years of the 1940s and the early years of the 1950s. He played the first match in the international court for his country in the year 1949 and has won two gold medals and a bronze for his country in the World Championship. He has also won two gold medals in European championships. He was an amazing all-rounder and was playing as a blocker.

Born in Poland on 22nd September 1953, Tomasz Wojtowicz played for the national team making his debut in 1973. He has won a gold medal in Olympics, one gold in the World championship, and four silver medals in the European championship.

From Brazil, Giba was born on the 23rd of December 1976, Gilberto Amauri de Godoy Filho, also known commonly as Giba played as the outside hitter for his national team. He was the top player in the 2000s who made the debut in 1995 when he was just 18. He was part of the national team representing the Olympics in the year 2012. He has won 1 gold in Olympics, 3 World Championships, 3 World Grand championships cup, 2 World cups, and more to his credit. He was elected to be the FIVB athletes commission president in the year 2016.

Born on 26th January of 1980, in the USA, Phil Dalhausser plays as a blocker in the professional beach volleyball game. He has won the gold medal in the 2008 Olympics and 4 gold medals in the world tour and a world championship to his name, while representing his country.