January 18, 2022
6NewArticles
Home Technology How Does A Supercapacitor Work? 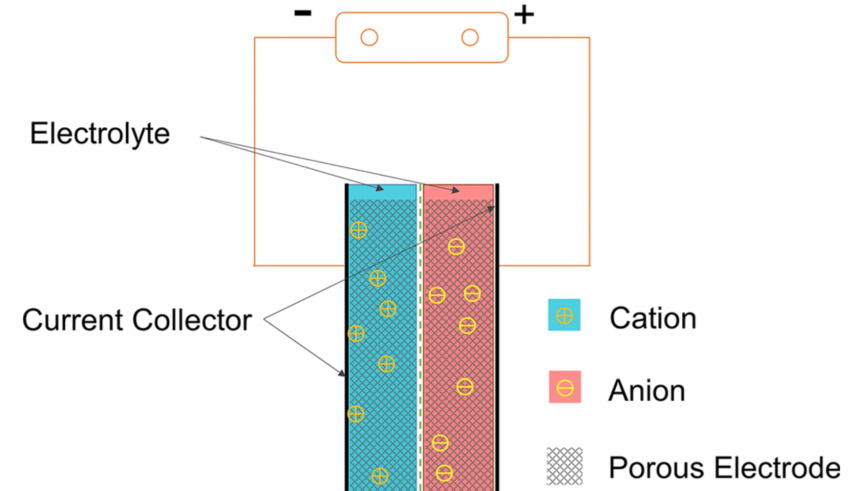 There is a growing interest in supercapacitors for their robustness and fast mechanism to store and release charge. Due to these unique properties, they can even replace batteries in some applications.

Supercapacitors have an integral place in the future of energy systems. They are widely preferred to lithium-ion batteries because they offer faster charging capacity and energy delivery. While batteries may explode due to excessive heating, the low resistance of supercapacitors keeps them cool.

Read more here to know about supercapacitors and their different types.

What is a Supercapacitor?

A supercapacitor also called an ultracapacitor, is a device to store and release electricity. They can store electricity in a static state, making these devices effective at rapidly charging and discharging energy.

Supercapacitors are high-capacity electrolytic that can store large amounts of energy, around 10 to 100 times more than the electrolytic capacitor. They also have a much longer life cycle because the materials do not degrade through the energy release process.

The supercapacitor’s storage capacity is usually measured in Farad and can range from few Farads to few thousand Farads.

What Are Supercapacitors Used For?

Supercapacitors are ideal to use for a variety of different applications. When you need to store a reasonable amount of energy for a relatively short period, a supercapacitor is perfect to use.

Supercapacitors have several applications in electric and hybrid vehicles and wind turbines. For portable and small-scale electronic devices such as auto, locks, medical devices, PDA and scanners, smart meters, and wearables, the supercapacitor is perfect to use. These electronic devices do not need a constant energy flow, and only quick bursts of energy are sufficient for their working.

The Working of Supercapacitor

The supercapacitor consists of two parallel conducting plates called electrodes separated by a thin layer called the insulator, usually made from carbon, plastic, or paper.

The plates are manufactured from metal coated with a porous substance such as activated charcoal to give a bigger area for storing more charge. These plates are soaked in electrolytes, and when they are charged up, an opposite charge forms on both sides of the insulator, creating an electric double-layer. It is the reason supercapacitors are also referred to as double-layer capacitors.

In other words, when the area of the plates increases and the distance between the plates decreases, the capacitance of a capacitor increases. These supercapacitors can provide high power and high load currents with low resistance.

Supercapacitors work at relatively low voltages between 2.5 V to 2.7 V and can be connected in a series for more powerful equipment requiring more voltage. They are mostly utilized in applications where batteries cannot perform efficiently. Also, the chance of supercapacitors getting damaged due to thermal is pretty low, unlike batteries that get damaged when the battery is discharged beyond its safer current limit.

The rapid development in technology will soon result in supercapacitors taking the place of batteries in the future. The attributes of supercapacitors can be helpful in various consumer and industrial electronics. Hence, many manufacturers are into providing high-performance supercapacitors to meet the needs.