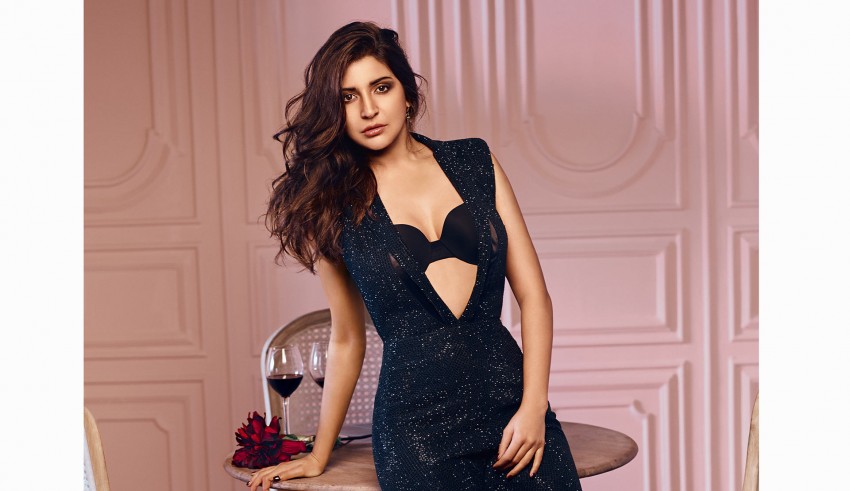 Anushka Sharma has become a big name in Film City. It seems like there is nothing that the star cannot do. From a model, to an actor, to an owner of a production house, and now to a proud owner of a clothing brand, NUSH, Anushka has done it all. Considering that the actor has done quite a lot in her career, it comes to no wonder that she finds herself on the cover of GQ Magazine for the entire month of October. She is also the proud recipient of the GQ Woman of the Year 2017 Award.

GQ Woman Of The Year 2017. pic.twitter.com/ISTkUnlPcQ

Anushka posted a picture of the cover on her Twitter handle. Along with the picture, she wrote, ‘GQ Woman of the Year 2017’. The star was dressed in a stunning and designer cut white suit with a black top and looks quite imposing. The message that she probably wishes to send here is to show what a chic-boss looks like. She portrays the classic ‘Back in Corporate’ style on the cover of the magazine. According to the magazine, Sharma is a feisty and fearless actress who can be depended upon to deliver any role on the screen.

Talking about the roles that she has played over the years, a thought about her future projects also comes to mind. Anushka is currently involved in two big projects. One of them is named ‘Pari’ while the other one with Anand L. Rai has yet to be titled. Pari is an upcoming love story with a hint of a mysterious backdrop, starring Parambrata Chatterjee as her co-star. The movie is directed by Prosit Roy. The other yet to be titled movie stars Shah Rukh Khan, Anushka Sharma and Katrina Kaif and revolves around a dwarf, played by Shah Rukh Khan. The movie is written by Himanshu Sharma and reunites the three stars for the second time after Jab Tak Hai Jaan.