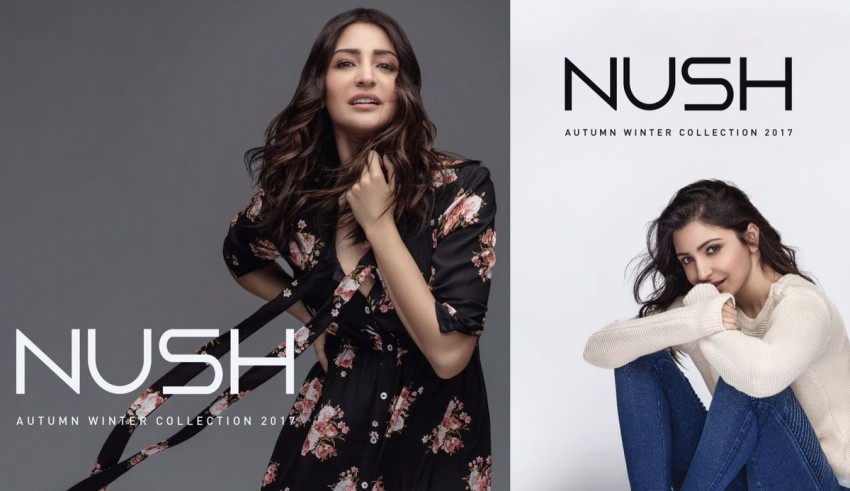 Anushka Sharma’s style statement is envied by most girls in the country. Everyone wishes to have what she has when it comes to fashion. A good news for them came out when Anushka Sharma announced that she would be starting her own clothing line very soon. It is finally here. Announced just a few days ago, Anushka’s brand Nush is finally here. The actor and producer has juggled many hats over the course of her career but this might be her biggest venture yet. The brand has been named after one of her many nicknames and is soon to become one of the most popular brands in India.

Talking about Nush, Anushka Sharma revealed that she has been wanting to start her own clothing line for quite some time now. She expressed quite freely about her opinion on clothing, saying that clothes are a huge parts of our lives since we practically live in them. She also goes on to say that our clothing style expresses how we feel during our day, expresses our mood and she has always wanted to create something that could add value to a person’s life.

Anushka’s brand Nush will hit Shopper’s Stop outlets all over India on October 12, with over 160 pieces in the debut collection. These styles would also be available online on Myntra. Nush is a channel for Anushka Sharma’s carefree attitude and offers many combinations of feel-good vibrant colours in easy-breezy cuts with happy prints. The collection mainly focuses on casuals that can be worn for almost every occasion. All the pieces have been designed keeping the wearer’s comfort in mind, with a hint of Anushka’s own touch in them. Fans might recognise the presence of the actor’s spirit in the distressed denims, cosy bombers and bohemian blouses. The debut collection by Nush has been made possible with a collaboration with Suditi Industries.