January 25, 2022
6NewArticles
Home Peppy Handwriting Too Is A Science – Take Care While Writing 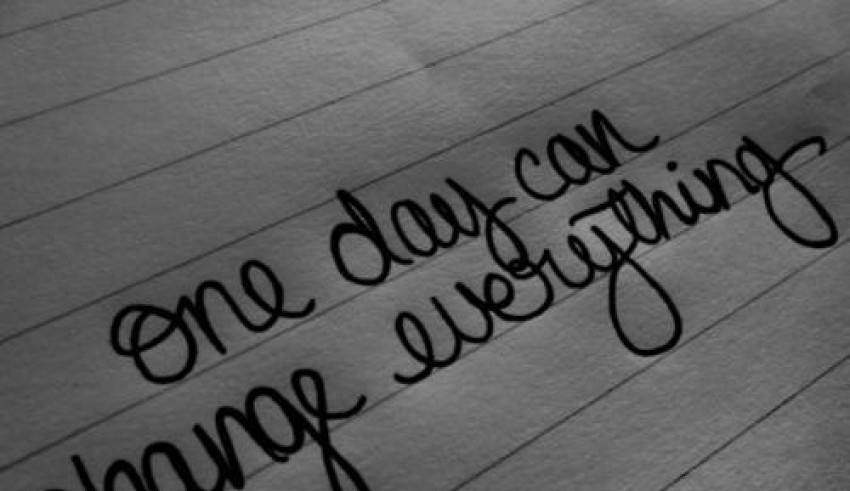 Till such time, I studied it deeply, I never knew that handwriting to is a language to judge one’s personality like psychology and some bit astrology.

Handwriting speaks volumes of an individual, temperament, and behavior. In other words, it is a reflection of one’s personality. In fact, everybody’s handwriting is unique just like one’s fingerprint.  There is also so much of science behind it; researchers have come up with a term called graphology, which is indeed the study of handwriting.  This is the reason that most of the top private companies prefer to get request letters seeking appointment as handwritten, to determine one’s personality as if you blend with the corporate culture or not.  It makes them easy to get sort out the best one from the handwriting experts from the entire lot.

Gone are the days when the letters used to be written in hand on post-card, inland letters and on the plain paper and posted in the letter-box by affixing the stamp and sometimes the gum was so poor, it has been fixed by touching it with the tongue.

But now with the advanced technology of computer attached with printer – black and white and color, the use of pen is confined to signature only that too when the same has to be presented personally or withdrawing the cash from the bank or post office through a checkbook or withdrawal form.  Otherwise, the digital signature is a new technology or with specific mention of a computer-generated statement, no signature required.

There is a number of factors that may cause to poor handwriting and to improve is to write while sitting at a table rather than while lying on the bed and the best way to improve the handwriting by practicing on sand using fingers.

While analyzing the handwriting of a person, it is more important to look at the slant of his writing. Among the few tips, if a person writes with a slant on the left, it means that he does not express his emotions well.  In the event of lack of slant, it means the things with his heart and mind, he uses both emotions and logic to understand a particular situation. At the same time, the people who write with a forward slant, or a right slant, are more caring and emotional.

The signatures of an individual also reflect a person’s communication skill and he wants to be perceived by the public.

In fact, handwriting too is a science of its own made up of many elements including line levels, slant, spacing, use of dot over small ‘i’ word, the crossing of ‘t’ and the size of writing.

Left-handers are the odd men out who make up about 10 percent of the population. It is said that those who write with left hand are more intelligent and to some extent, it is.  Every year on August 13, International Left-Hander’s Day is celebrated. There are also top personalities who were or are left-hand writer – Five out of the last eight US Presidents write with their left-hand – Gerald Ford, Ronald Reagan, George G.W.Bush, Bill Clinton and Barack Obama. Among others are Paula Radcliffe athlete, Pele footballer,  Marie Curie scientist, Aristotle philosopher and it is a long list.

I was surprised to know that CBSE has directed all its teachers to penalize the students for illegible handwriting perhaps a move to improve the same.

One of my friend doctor whose prescription is legible is also of the view that doctors’ diagnose should be very clearly written.  One can well imagine if the injection lethal dose of 4 mg is read as 40 mg.

Frankly speaking, despite the fact that national handwriting association is doing a work on handwriting skill but whatever may be the logic behind the poor and good handwriting, those who are poor in writing some fail to read by them what to say by others?  Even sometimes a very important note written by them becomes a mystery for them and generations to come when the same could not be decoded.

During my school time, I was very poor in handwriting but it developed when I joined the mechanical diploma course where there was a number of writing the thesis at the end of two years’ session on the green lining called ledger papers and I was judged the best in handwriting.

I am still fond of a pen with black ink and I hold my pen with an unorthodox grip and have to take breaks when writing by hand is not used to it.  But despite the use of computer or laptop, my inability to note down lucidly sometime whenever there is spontaneous thought which if not noted is gone forever.

I recollect that when I noted down something very important in hurry for use in my write-up later on but I could not read out my own handwriting.  Then I decided to note down less but legible which could be readable at any time.

So let it be an everyone’s resolution to write more legible so that you may not miss something important or someone may become a victim of a doctor or lose a job opportunity because of poor handwriting.