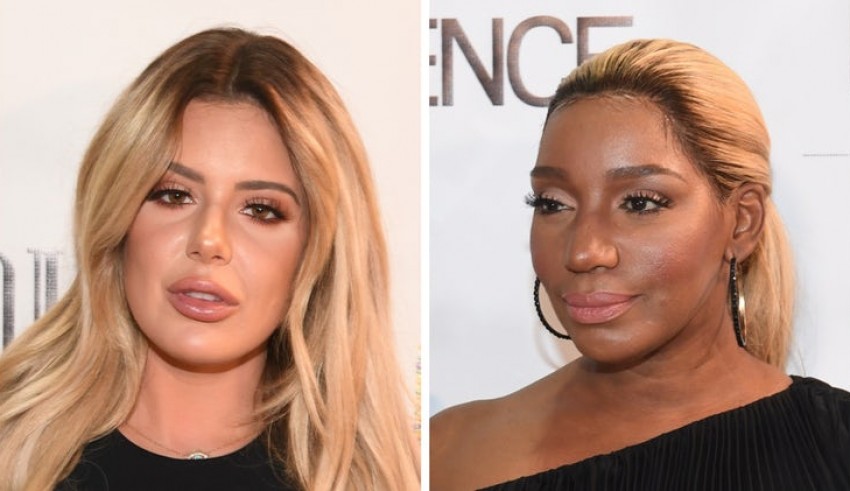 NeNe Leakes made a name for herself back in the day with her infamous feud with fellow co-star Kim Zolciak. The feud had gained so much attention that the network had made plans for a spinoff that focused entirely on NeNe and Kim. However, while that might not have borne much fruit, Leakes has now upped her ante in her fight with Zolciak. She blasted Kim’s daughter, Brielle Biermann, when Biermann shared a video claiming that NeNe’s home was infested with cockroaches.

NeNe wasn’t one to remain quiet about this weird and disgusting allegation. On Thursday, Leakes posted an old video of Biermann in her bathroom with what appeared to be black bugs. She captioned the video wondering how she would fall asleep, thinking of how she would live in her brand new and roach infested home. Also, in a separate rant on Instagram, she tagged the 20-year old Biermann, making it clear who she was addressing. In her post, Leakes said that she doesn’t have roaches in her house and if Brielle found one, maybe she brought it with her. She also warned Brielle that she would not be the one to back off but will get Biermann all the way if she messed with Leakes or her own.

@briellebiermann We don't have roaches! If you found 1, u brought it with u or it fell outta yo funky pussy! Please know I will get You all the way together when you start fucking wit me and mine! Go somewhere and let the air outta those fake lips, fake titties and fake ass because you will never be @kyliejenner Yo trashy mama should have taught you better! My home is Brand New but you guys were so jealous of it, you couldn't even give a compliment. You had to stoop so low and be so disgusting #racisttrash #jealous #KKK #thirsty you better run yo ass back to a child's place #youwannaactgrown?

In the same Instagram rant, Leakes went as far as to point out that even with her fake lips, fake breasts, and fake ass; Brielle Biermann would never become anything like Kylie Jenner. She also said that her house was brand new and Biermann was so jealous that instead of complimenting her on the achievement, she resorted to racist talk of bringing home roaches. NeNe also made use of the hashtags #jealous, #KKK, #thirsty and #racisttrash in her post. After posting this, NeNe talked about it saying that she had not invited Kim or her daughter to her new home and what Brielle did at her home was pure disgusting, racist and learnt behavior.