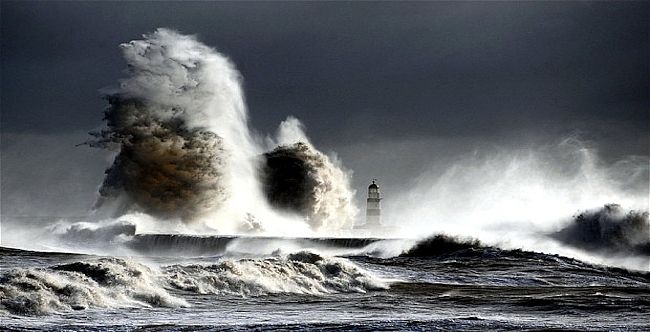 For a long time now we have been making noises about the depleting natural resources and how we have over using all the valuable things that mother nature has to gift us. There are hundred and thousands f means by which we have tried to play with nature’s equilibrium and it seems like it is high time now that nature is at its worst; all set to show us that she is the ‘Supreme’.

If not, then why is there a sudden tide of natural calamities claiming hundred and thousands of lives every year. The rising number of deaths because of some catastrophic event caused naturally raises an alarm that men must STOP; stop assaulting the nature or he has to be reprimanded.

Over 157 deaths, 15,500 hectares of crop area inundated and more than 1.25 lakh people affected by the flood in the five district of Assam shows just a mild face of the natures rage. Life has stopped and people are estranged in such a way that wondering for a better tomorrow seems to be an effort giving task.

In another incident, a storm has made Texas come down to its knees. It has been pouring cats and dogs in the United Stated Houston area with a recorded rain of 50 inches. It has claimed 30 lives so far and hundreds of injuries and we are still counting.

Something similar might happen in Mumbai if god forbid the clouds keep pouring down at the same rate. Mumbai has already been struck on the tough chord with water pooling everywhere. People are sad to be stuck in their offices and there is no mean of transportation.

Life has stopped as nature is at its worst. People are screaming for help, for life but all the screams are falling on the deaf ears of nature.

Wo is to blame for this catastrophe; NATURE OR HUMAN? We all know the answer but as usual, we would just forget it in a week or so. But, when it will be the heights nature will hit back hard, just it did in 2004, the dreadful Tsunami that no one can ever forget.

We must stop and see what is there to do for nature, NOW!