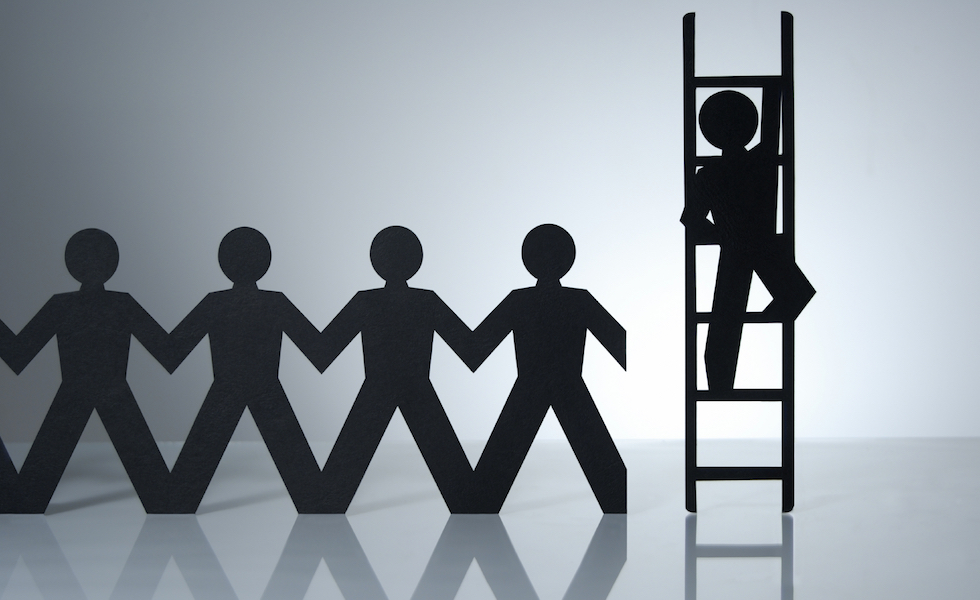 When you are born, you are no one but then you get a name which changes your entire life – you run, cheat and beat others to make your Name shine above all. Wrong ?maybe yes, maybe not .  The word Name has a “me” in it & when you get a Name it suddenly becomes Me Vs thee.

No doubt self is most important above everyone & self must win and it is good to be selfish when it comes to succeeding in the world. But success tastes sweet and is long lasting when it is inclusive and includes others as well.

People confuse that selfish and the Hindi equivalent ” Swaarth” are one and the same. Selfish is a person who keeps his interest above everyone else whereas  Swaarth means understanding your own self: Swa ( self) + Arth (meaning). A selfish person thinks only about self, whereas a person who has understood self – thinks selflessly. Today’s society is suffering from the selfish syndrome and is producing more takers than givers. Such a society would not last long and would be easy to break and destroy.

A very small but worth remembering incident comes to my mind: we were traveling back to Delhi from an outbound in Goa. It was an awesome outbound and Goa was mesmerizing and welcoming as always. We all were standing in the queue to collect our boarding passes. My colleague who was ahead of me in the queue got an aisle seat and was beaming with happiness. By the time my turn came, all aisle and window seats were taken and I had to settle for a middle seat. The happiness on  my colleague’s face was not just about his comfort but about his comfort being >> than my comfort or notional discomfort ( I believe traveling by air is still a privilege for many )

We boarded the flight and the air-hostess came to serve refreshments. I asked for veg Hakka noodles but she said that they have run out of stocks but she will check & confirm. She came back and confirmed that she had one pack left & would shortly be serving the same. I thanked her & put on my headphones and started listening to my audio book – it was a Devdutt Pattnaik book & was interesting. I got so much immersed in the book that by the time I realized I was hungry, it was almost 15 minutes and nothing had been served so far. I called the air-hostess and asked for my meal – she was surprised and told that she had already served the last pack of noodles. When she checked her list, she became apologetic that by mistake she had served the noodles to some other passenger. I said never mind & ordered a veg sandwich. She felt really sorry but I told her it was perfectly fine with me. On disembarking my colleague came to me smiling and told me that he enjoyed the veg noodles – I replied that I had also ordered for the same but by mistake, the air-hostess served it to someone else.That is when he told that he had overheard her talking to me about the last pack & when she came to deliver, he confused her and she served the same to him instead of me. He smiled at me once again and his smile conveyed that he was feeling as if he has secured some great victory over me.

I really felt sad not because that I had to settle for a sandwich but at the selfish behavior of my colleague. Had he shared his desire with me, I would have been more than ok to change my choice.  But then many people behave like this and many a times we also behave with others like the same … Isn’t it ??

Somebody rightly said, ” if you want to go fast, go alone; but if you want to go far, go together “. I would like to highlight here that it is important to make a larger group of people a part of your success which will not only ensure their development but also prevent them from falling into the trap of wrong practices. If you don’t include others in your success, then you also get left out of being a part of their success stories.

There is this famous joke in Lucknow wherein two Nawabs( affluent locals ) say ” Pehle Aap , Pehle Aap ( after you ) ” and miss their train 🙂 If you say ” after you” to others, the chances are that he would also say “after you ” and you will suddenly find yourself surrounded by people who would want to include you in their success stories . Think about “thee” when you think about “me” and you will find a multiplier getting added to your success factor.