May 17, 2022
6NewArticles
Home Lifestyle Why It Is Us To Be Blame For The Panchkula Tragedy? 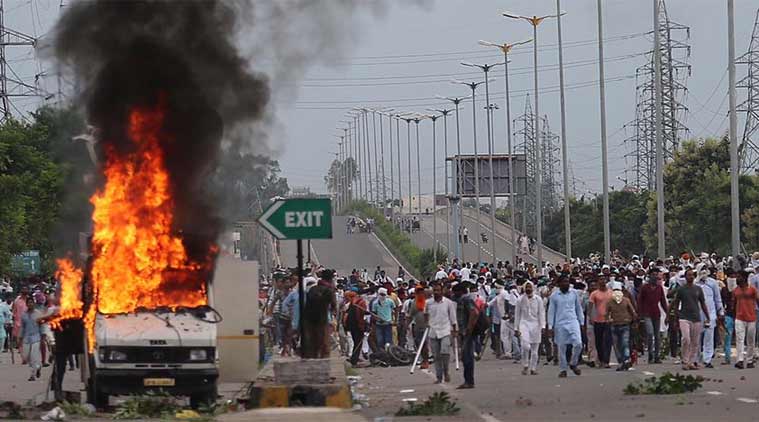 Are we too blind to make difference between a guru and a rapist; this is an opinion on why it is the common man who was responsible for the Panchkula menace:

They knew he had allegation on his name. Not just any allegations, but, of being a rapist; silently raping women who were his devotees. Yet, they kept on worshiping him,  calling him- ‘Pitaji,’ counting him as their god and were ready to kill and get killed if he was declared guilty; which as per them was a conspiracy to downsize a noble man like him. Yet, it happened. He was convicted guilty and not more than a few hours ago was sentenced 10 years in jail (which would be more justified if it were a life imprisonment).  No matter how tough the battle was, with so many casualties- 38 died, hundreds injured, vehicle burned and three cities standstill for whole 5 days, at last, the truth prevails and he is now no more than a rapist being treated for all the wrong that he has done.

But, the entire episode of Gurmeet Sing Ram Rahim Insan has raised a stern finger on the human intelligence one more time. It was back in 2014 when self-proclaimed baba Rampal demonstrated a naked show of boastfulness with keeping thousands of his devotees captive to stay away from the police. And then it was Asharam Bapu, the ideal of lakhs of household who was declared a rapist of a 16-year-old school girl in 2013.

These cases and the millions of devotee behind these fraud babas point a finger towards the too much-blinded society that is no more able to distinguish between a guru and a rapist.

Many experts say that because the people are poor, hungry and dying they are ready to make any person a godman for some money or just food. But, what about their families- their mothers, sisters & daughters who are constantly being traded as a mortgage for money to soothe their hunger and pain.

Even if they are doing it to survive, why are they too blind or may be too scared to stand against it when given a chance.

The mob that gathered in Panchkula and created a riot like the situation was nothing but these hungry and deprived people. But, they were there with their own will. Some claim the devotees were asked to be there and create the entire scene, even if they were why on the earth did they let someone else drive them too easily.

Weren’t their minds working of who they are supporting and had no faith in the jurisdiction? And for our utter surprise, it was not only the rural, illiterate or poor people but there were people from high-class groups; people who drive a luxury car and eat in five-star restaurants offering hefty tips to the waiters.

Why were these people too baseless to criticize a rape case or a 10-year-old rape survivor delivering a baby and at the very next moment bowing in front of a man who is himself charged with assaulting women.

It is high time that we let these religious superstitions and blindfold off our eyes and see the world with sensible sight. There is much more to do than making people their God. No religion ever said that one man can have that much of wisdom that he may preach others the right and the wrong. THEY ARE HUMAN JUST LIKE US; MAY BE A LITTLE SMARTER, BUT, THEY ARE HUMANS. Treat them like one, and you will see how this country becomes a happy place and we all live here happily forever.