January 24, 2022
6NewArticles
Home Lifestyle The Tortoise And The Hare … A Story Wrongly Told!! 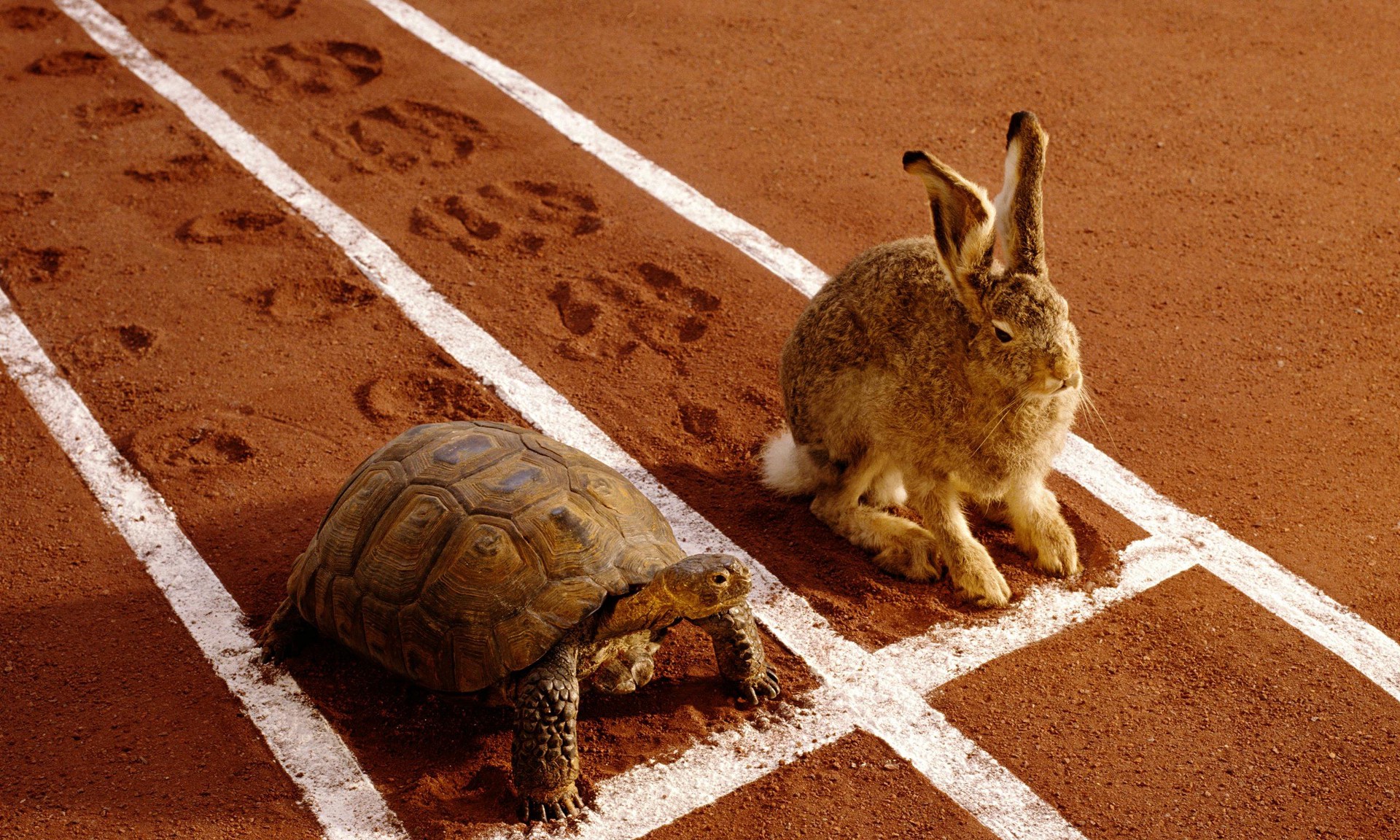 We have all heard this story in our childhood and many of us have heard various versions of the same during management gyaan sessions.

The story goes like this “ Once upon a time a hare challenges a tortoise for a race.The tortoise agrees and the race begins. The hare, being a fast runner speeds ahead of the tortoise and is nowhere to be seen. The tortoise continues to walk as per his usual speed and is laughed upon by all other animals.The hare after covering quite a distance thinks of taking a nap and soon falls asleep. The tortoise keeps his usual pace and continued to walk consistently. Slowly slowly, step by step he crosses the sleeping hare and reaches the finishing line.To everybody’s surprise, he wins the race. And thus took birth the famous saying “Slow and steady wins the race ”

Can you believe this? Does slow and steady really win the race?

To me, it is not the slow and steady who wins the race but “the arrogant & over confident who loses the race ”

Let us look at the story from this lens.

The hare is arrogant and very proud of his ability to run fast. He challenges the tortoise for a race. Though the race is not between equals, the hare still challenges the tortoise – the intent being to show one’s supremacy and show the other one in poor light. This highlights complete arrogance on the hare’s part. No doubt he is skilled but he is very proud of his skill. He is so proud of his skill that he becomes arrogant in his approach. And being arrogant is a sure shot recipe for failure.

This arrogance leads him to become overconfident about his success. A skill not practiced consistently becomes a handicap. In his overconfidence, he breaks one cardinal rule of success – never ever lose sight of your goal and keep working continuously until you achieve it. He decides to relax before even tasting the nectar of success. He starts dreaming success even before actually achieving it. This leads to his downfall and allows a much slower and less qualified opponent to win the race. It was not the tortoise’s capability which leads to his victory but the hare’s overconfidence and arrogance which led to his failure.

Talent nurtured with humility and consistency is a perfect formula for success.Arrogance and overconfidence are fierce enemies of success, no matter how rich the talent is.

So remember – It is not the slow and steady which wins the race but the arrogant & over confidence who loses the race !!