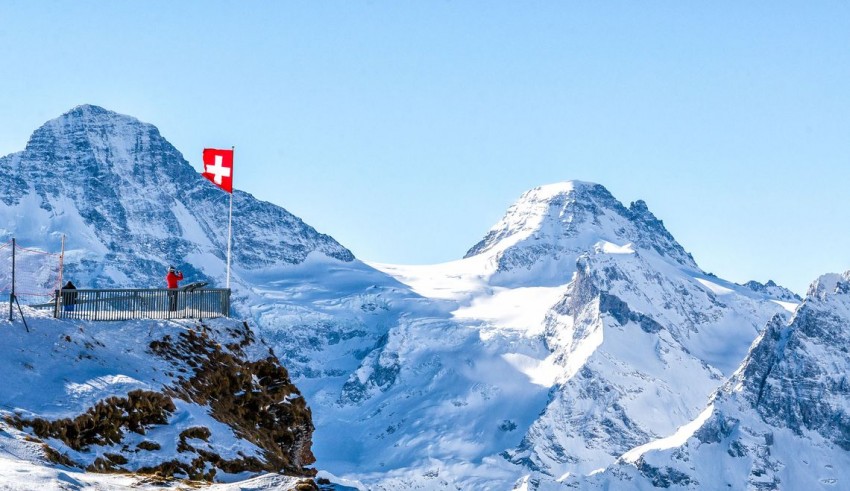 Places To Visit In Switzerland

Switzerland has a tourism unlike any other country. Every year, millions of people flock to the small country to spend their vacations. The whole country is picturesque and scenic. With more than 200 peaks that are higher than 3000 meters, the Swiss Alps form a dominating part of Switzerland. The transport system in the country is famed all over the world. It has everything, from snow-capped mountains to green fields for large expanses. Here are top 10 places you should consider visiting when in Switzerland:

One of the most photographed mountain in the world, the Matterhorn is the most famous Alpine peak. It stands at 4,478 meters high and people from all over the world come here to conquer the peak. There is a mountain station in Zermatt which offers cable car service; it is the highest cable car station in the Alps.

The Chateau de Chillon is the four-century-old water fortress that served as a seat for the wealthy Counts of Savoy. It is located in the heart of Swiss Riviera on the banks of Lake Geneva. You can stroll by the lakeside or through the halls which are adorned with 14th century paintings, towers, subterranean vaults, bedrooms, weaponry, and furniture.

An Alpine wonderland, the Jungfraujoch has a lot to offer for adventurers and seekers of a quieter retreat. The rolling green meadows are surrounded by three glacial monoliths, the Jungfrau, the Monch, and the Eiger. Interlaken lies in the middle. It is a small town which has become the place for advent for the travellers.

This is the only national park in Switzerland and it should not be missed on your visit to the country. The Schweizerischer National Park features 172 sq. km. of untouched natural snow-encrusted glaciers, verdant pastures, waterfalls, and lush woodlands. There are a total of 21 hiking routes in the park itself. If you are lucky, you might also see rare sights like the golden eagle, chamois, ibexes, and marmots.

Lake Geneva is surrounded by Geneva on the west and Lausanne on the east and it is a large lake aptly called ‘Large Water’ by the Celts. It is the starting embarking point to explore Canton Vaud’s wineries, Jura Mountains, and the Vaudoise Alps. Geneva is also home to one of the tallest fountains of the world, the Jet d’Eau.

Lugano is on the borders of Italy and the influence of the Italians is undeniable in the city, showering a whole new light on the country as well. The air in the area is a rush from the warm Mediterranean Sea. The area has been dubbed the ‘Monte Carlo of Switzerland’ and is frequented by celebrities.

The medieval city of Bern is the capital of the country and it is a mesh of narrow cobblestoned streets. The history of the town is rich, and it is clear in the Old Town, now deemed as a UNESCO World Heritage Site. It is the current seat of the Swiss Parliament. There is a stunning botanical garden in the city, with a colorful market that is set up every week.

The lakeside city of Lucerne lies in the heart of Switzerland and it is yet another postcard town of the country. It is smack right in the middle of a mountainous panorama. There are fortified towers and wooden bridges seen all around the city.

The Rhine Falls are famous for their scenic beauty that the world saw in the Sherlock Holmes movie starring Robert Downey Jr. They are Europe’s largest waterfalls and a natural wonder for the Swiss tourism.

One of the most famous cities in the country, Zurich is a cultural hub that must be visited in Switzerland. There is a pulsating nightlife with a contemporary edge that attracts the best crowds from around the world. The city of Zurich also hosts the annual Street Parade, which is known as one of the biggest rave parties in Europe.