February 06, 2023
6NewArticles
Home Lifestyle Top 15 Wildlife Sanctuaries In India Where You Can Connect And Experience The Best Of Nature And Wildlife 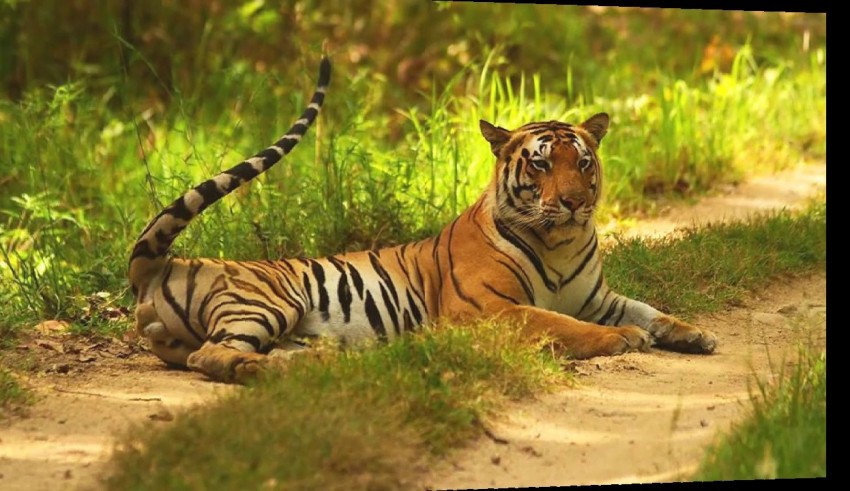 India has always been known for its rich flora and fauna. The Indian subcontinent is home to many of the world’s most admirable animal species that ever existed. These animals alas have a great threat from poachers and illegal hunters and thus have to be put under protection in the Wildlife Sanctuaries. These sanctuaries provide a natural habitat for the animals and also provide them safety from hunters and poachers. We are in luck as these wildlife sanctuaries are open to the public and we can visit and watch the animals in their natural habitat in all of their magnificence. Here I list the top 15 Wildlife sanctuaries in India.

The Jim Corbet National Park was established by the name of Hailey National Park in the year 1936 making it the oldest National park in the country. It was set up in order to protect the endangered  Bengal Tigers in present-day Nainital District of Uttarakhand. The park offers a lot of different species in their natural habitat and the most popular attraction is the Open Jeep safari, where tourists are taken into the sanctuary to spot different animals mostly the tigers.

Yet another National park to protect the tigers, the Bandipur Nationa Park is situated in the state of Karnataka, which has the greatest population of tigers in India. Started under the “Project Tiger” in 1974, it was the premier tiger hunting ground for the ‘Maharaja Of Mysore’ which was later upgraded to the Bandipur Tiger Reserve. The Park is known for its wide variety of flora and fauna with deciduous forests being the most common. A lot of other species of animals such as elephants, deer and jackals are also dominant inside the Sanctuary.

Due to excessive hunting by the Indian elites and the British Colonials, the Asiatic were on the verge of being extinct and only about a dozen remained in the world, all of whom resided in the Gir Forest. Today, it is the only sanctuary in the world where Asiatic lions live in their natural habitat and this is one of the most important sanctuaries in India but all over the world. The Jewel of Gujarat, this sanctuary is one of the most protected ones in India due to the efforts of the Government, Forest Department of India and various NGO’s. The Gir National Park is also known for its open jeep safari which not only spots the Asiatic lions but also different species of Indian Jaguars, Jackals, Indian Cobra and various other species.

Located in the state of Assam, the Kaziranga National Park owes its existence to the Mary Curzon, the wife of the then Viceroy of India, Lord Curzon of Kedleston. Mary, in 1908 visited the state and was not able to spot a single Rhinoceros, for which the area was famous and urged her husband to take some actions. The forest was then listed reserved forest and later renamed to Kaziranga Game Sanctuary in 1938 and was given its present name and National Park status in the year 1968. The park is home to over 35 main mammalian species out of which over 25 species are rated endangered. The park boasts of the greatest population of the One Horned Rhinoceros in the world and is a must place to visit.

Located in the Umaria District of Madhya Pradesh, the Bandhavgarh National Park was established in the year 1968. The park is spread in an area of about 802square kilometers. The park is known for one of the highest population of tigers in India. The park also houses a number of species of leopards and a large variety of deer populations. The park is a popular tourist spot during the winters when the animals are in open to enjoy the warmth from the sun.

The Sundarbans National Park is a National Park, Tiger Reserve and a biosphere reserve in the Sundarban forests of India which is a part of the Ganges Delta in India. It lies adjacent to the Sundarbans Reserve Forests which is located in Bangladesh. The Sundarbans are the largest Mangrove forests in India and the effort for the conversation of its flora and fauna has been going on for around a Century. It was declared as a reserve forest in the year 1865 and was finally established as a National Park in the year 1987. One can spot The Great Bengal tiger, saltwater crocodiles, wild boars, foxes, leopard cats, turtles, freshwater dolphins and several other varieties of mammals and reptiles, along with a huge variety of local and migratory birds.

Located in Madhya Pradesh, the park derives its name from the Satpura Hills in the Vicinity. The park consists of many sandstone peaks, narrow gorges, ravines and dense forests with the altitude ranging from 300 to 1,352 meters above the sea level. The park was established in the year 1981 and offers a great scenic beauty over and above the diverse fauna of the park. The park is home to many species of leopards, wild boars, bears and several kinds of deer including the famous Black Buck. Jeep and elephant safaris are very popular among the tourists.

Established in the year 1982, the Periyar National Park is a National Park and Wildlife Sanctuary located in the Thekkady district of Kerala. The park is mainly an elephant and a tiger reserve but also has a wide variety of different species of plants and animals native to the place. The park is surrounded by mountains on all sides with a number of river systems draining through the area and the biggest of the water body, the Periyar lake stretching over an are of about 24 square kilometers. These physical features give rise to a wide variety of flora and fauna. The park is home to about 24 Bengal tigers and also a number of white tigers.

Located in Madhya Pradesh, the Park is spread over 1600square kilometers making it the largest National Park of Madhya Pradesh. The park is home to about 1000 different species of flowering plants and hence makes it look like heaven in the spring months when all the flowers bloom. The park is basically a tiger and a Barasingha reserve being one of the oldest reserves to be associated with the ‘Project Tiger’. The park also houses a number of species of tigers, leopards, wild dogs, wild cats, foxes, and jackals. Other commonly seen animals in the park include the spotted deer, sambar, barking deer and the four-horned antelope.

The Sariska National park and tiger reserve located in the Alwar district of the state of Rajasthan in a topography of scrub-thorn arid forests, rocky landscapes, dry deciduous forests, rocks, grasses and hilly cliffs. The area was a hunting reserve for Alwar district and was later in 1955 was named as a wildlife reserve. Due to the harsh climate of the area and low water resources, the place has a very less variety of plants and trees while it is a home to a number of animal species including the Bengal Tiger, Indian Leopard, Jungle cat, Indian jackal, chital, sambhar and a lot of variety of birds making it an ideal destination for bird watchers.

Spread over an area of 281square kilometers, the Mahatma Gandhi Marine National Park is situated on the southwestern coast of the Andaman Islands about 29 kilometers from Port Blair. The park was established in the year 1983 to protect the marine life in the area that included corals and a number of other marine species including a wide variety of different types of sea turtles. Other than the marine life, one can also spot various birds namely, White-Bellied Sea Eagle, Parakeets, Andaman Teal, Heron, Terns, and Waders. The park is also famous for the snorkeling experience it offers to its visitors.

The Manas National Park is a National Park located at the foothills of the Himalayas in Assam. The park is spread over an area of about 950 square kilometers and was established in the year 1990 and was later declared as a UNESCO World Heritage site in the year 1992 owing to the extensive poaching and various illegal activities going on in the area. The park basically is surrounded by mountains and owns a lot of evergreen forests which gives life to various species of flora and fauna. The park is home to 55 species of mammals, 380 species of birds, 50 of reptiles, and 3 species of amphibians. 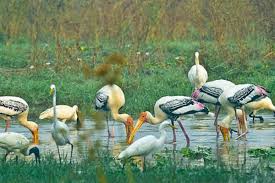 Located in the Kullu District of Himachal Pradesh, the Great Himalayan National Park is spread over an area of more than 1100 square kilometers and is home to one of the most beautiful and diverse species of plants and animals in the Himalayas. The park was added to the UNESCO’s list of world heritage sites in the year 2014. Being located in the Himalayas, the park over the wildlife provides a vast amount of scenic beauty that is distinct to the location. The Great Himalayan National Park is home to over 31 species of mammals, 181 different species of birds, 3 species of reptiles, 9 species of amphibians, 11 species of annelids, 17 species of mollusks and over 127 different species of insects.

Named after the prominent leader Chakravarti Rajagopalachari, informally known as ‘Rajaji’, the park was established in the year 1983 near Dehradun city of Uttrakhand. The national park was later declared as a tiger reserve in the year 2015 and became the second tiger reserve in the state of Uttrakhand. The park consists of Broadleaved deciduous forests, riverine vegetation, scrubland, grasslands and pine forests. The vivid topography of the Park is the reason for the variety of different animal species found in it. It is a reserve for both tigers and elephants with the Mountain goat and gorals being other noteworthy residents of the park. The 34 km jungle track is a major attraction for the visitors.