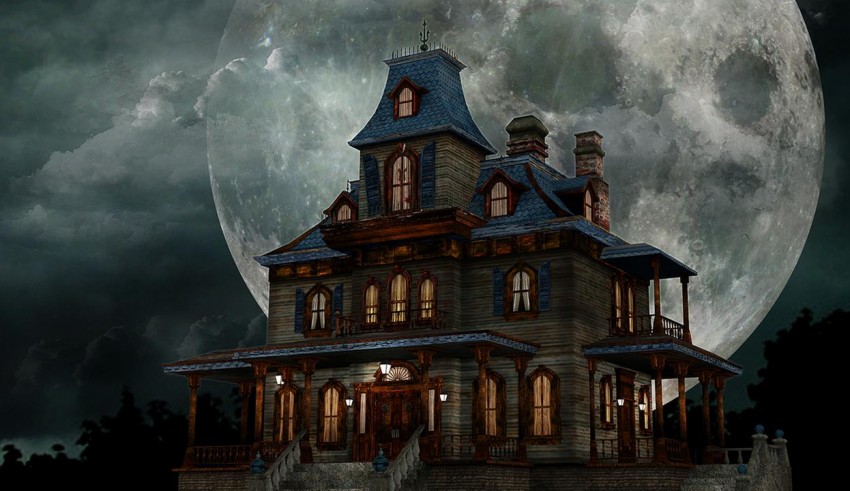 One of the best activities to do among friends is to explore the haunted places around your city or the city that you are vacationing in. There are many places in India which are considered haunted due to some age-old historical event that happened at that place or maybe just due to some recent experiences of people who visited them. If you have the heart of a knight, love to hunt ghosts and ghouls, and live in Bangalore, here are a few haunted places that you can explore around Bangalore during a weekend:

The house is allegedly haunted after the brutal murder of one of its occupants. There are some paranormal activities like drops in temperatures, eerie sights, and mysterious sounds. These are from the accounts of the locals and thrill-seekers who have been brave enough to explore the surrounding area. The house was built way back in 1943 by El Vaj, who gifted the colonial house to his two daughters, Dolce and Vera. Dolce was murdered in 2002 and Vera moved out of the house shortly after that and the house has been abandoned and in ruins ever since then. Ever since the murder, strange sounds have been heard like the playing of the piano. Even though the house was recently razed to the ground, there are still accounts of recent hauntings in the area.

Kalpalli Cemetery is located near the Old Madras Road and it is one of the oldest cemeteries in Bangalore. For years, it has been the final resting place of many people. Many bravehearts who have dared to visit the cemetery have experienced outworldly encounters that they have been unable to put into words. Some people talk about the air being so heavy that they feel suffocated in some areas of the cemetery while others talk about a mysterious man-like being dressed in all-whites who disappears whenever someone tries to approach him. There are some who say that they feel like they are being watched while others, who have been brave enough to keep their eyes open, say that they have seen the spirits rise from the graves.

The account for Hoskote Route come from the motorists who say that they have felt some paranormal activity in the area. The route is fairly abandoned and has graves on both sides of it. The travellers along the lonely path have claimed that they have often been stopped by a mysterious old woman asking for a lift.

Victoria Hospital has been functional for over a century now but it came to the limelight when people started claiming that they are seeing a ghost dressed in white roaming around the resident tree in the garden. Hospital staff has claimed that the ghost has been stealing packets of biryani and tea from the canteen.

It may sound like a cliche but highways seem to have a well-settled connection with hauntings. The story about this particular highway is that a man driving down the highway stopped on his way to give a lift to a pretty young lady. When he turned around to ask her where she wanted to go, he was shocked to see that she had disappeared and reappeared again when the driver headed on to his way. She was laughing hysterically and pointing at him.

6. The Banyan Tree in Tiptur

Banyan tree is usually the abode of the various spirits according to the Hindu mythology. For this particular one, people have claimed that they have had serious head-on collisions with misfortune around the tree. The locals could not take it anymore and decided to have the tree cut down under the supervision of various priests. Even then, the presence of the spirit could still be felt.

The story is that a woman who worked at a call center at MG Road was killed by a drunk driver. The driver panicked and fled the scene, leaving the young lady for the dead. People who work the night shift say that they have seen the ghost of that particular lady on MG Road late at nights during the changes in the shifts.

There have been many claims, from those of taxi drivers all the way to those of pilots. All of them claim that they have seen a lady dressed in a white saree with loose hair. This incident was once investigated by the police but nothing turned up during the investigation. Even the passengers have claimed the presence of the white lady on the tarmac.