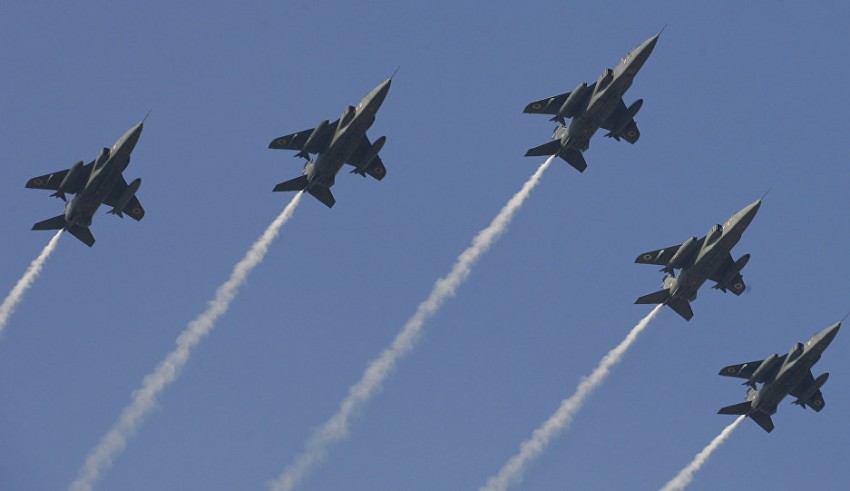 All the countries today are involved in the arms race. They wish to acquire the best of the weapons and vehicles so that their army, navy, or air force, seems to be the strongest in the world. In case of another World War, there are many countries which would have the upper hand due to their current investments in equipment, armies, as well as vehicles like the fighter jets and UAVs. Many advance technology countries make the maximized speed of jets to compete with each other and arrive at their destinations in record time.

Lockheed Martin F-22 Raptor is perhaps the world’s best fighter jet right now. It is super stealthy and is virtually invisible to radar. F-22 is extremely advanced twin-engine aircraft having super maneuverability. F-22 Raptor was inducted into the US Air Force in 2005.

Eurofighter Typhoon is a result of the largest multinational collaborative military effort of European Countries. It is a fifth generation aircraft having modern sensors and avionics. Equipped with precision guided weapons and abilities like Supercruise’, it is one of the best fighter jets in the world.

The Lightning II is a single-seat, single-engine fighter aircraft designed for many missions with advanced, integrated sensors built into every aircraft. Missions that were traditionally performed by small numbers of specialized aircraft, such as intelligence, surveillance and reconnaissance and electronic attack missions can now be executed by a squadron of F-35s, bringing new capabilities to many allied forces.

The Dassault Rafale is the backbone of the French Air Force. The aircraft shows the advanced weapon systems that France is capable of developing. Dassault Rafale is a very versatile aircraft. It can carry out air domination, ground attack, intelligence and nuclear deterrent missions according to the requirements of the battlefield.

Made by the Russians, the Sukhoi Su-35 is one of the world’s best designed fighter jets. It is a heavy duty, long range, multi role, single seat fighter. The aircraft has been designed and developed by taking inspiration from the Su-27, which is an air superiority fighter.

Chengdu J-10 is Chinese multirole fighter jet that is capable of all weather operations. This is also light in weight and also configured with canard design and delta wing. Chengdu J-10 is designed and manufactured by People’s Republic of China’s Chengdu Aircraft Corporation (CAC) for People’s Liberation Army Air Force.

The famous Mikoyan MiG series aircraft of Russian origins are no strangers to the modern day warfare. Mig 35 is the ultimate evolution of the MiG 27 Fulcrum series. This aircraft has advanced avionics and weapon systems which make it one of the best modern day aircraft.

Saab JAS 39 Gripen is single engine, light multirole fighter jet. It is designed and manufactured by famous Swedish Aerospace Company Saab. It has great importance because it was made in the replacement of 37 Viggen and Saab 35 Draken in Air Force of Sweden. Saab JAS 39 Gripen has made its first flight in 1988. But introduced before the world in 1997 because of its excellent performance it is called as the symbol of excellence.

This jet has the potential to fly at altitudes of 10,000 meters with a maximum speed of 1650 mph. It was designed in 1967 by McDonnell Douglas. It has a robust control system which makes it very powerful.

F-is one of the most popular aircraft in the world. Thanks to its combat proven advanced capabilities. The aircraft was at first designed to perform the air superiority missions of the US Air Force. Later on, with the incorporation of latest technologies, F-16 evolved into a multirole fighter jet.