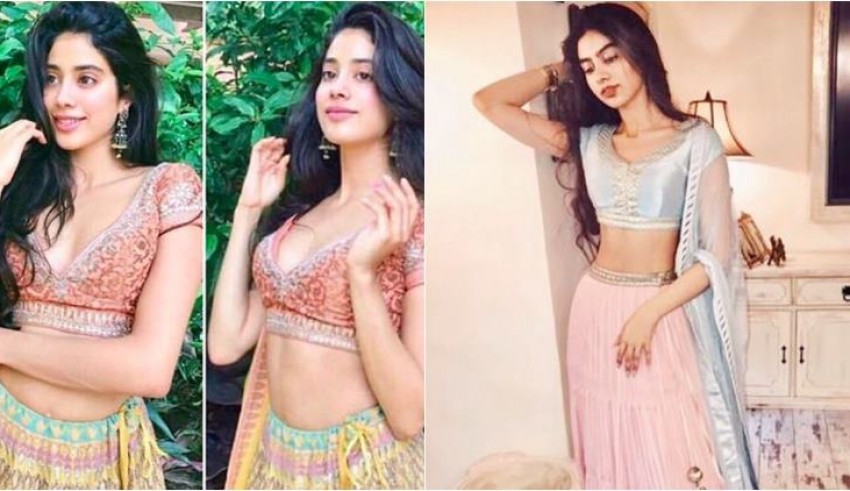 Karan Johar tweeted three posters for an upcoming movie, Dhadak, which has Jhanvi Kapoor in the lead debut role opposite Shahid Kapoor’s half-brother, Ishaan Khattar. The movie is much awaited and much speculated, given that it is Jhanvi Kapoor’s debut movie. In one of the three posters, she looks exactly like her mother, Sridevi. In another of the posters, Jhanvi and Ishaan embrace each other, with a desert in the background. The movie is directed by Shashank Khaitan, who had earlier directed Varun Dhawan in Badrinath Ki Dulhania. It is produced by Karan Johar and his production house, Dharma Productions, which revealed that the movie will be released on July 6, 2018.

The movie, Dhadak, is a remake of a Marathi hit film, Sairat. It tells the story of two teenagers battling the rigid caste system for their love of each other. After Karan Johar’s tweet that shared the posters, other stars in the town of movies started to tweet their support of the movie, and welcoming Jhanvi Kapoor to Bollywood. Ishaan has already featured in Iranian director Majid Majidi’s Beyond The Clouds, which released abroad earlier this year and he has assisted director Abhishek Chaubey in Shahid Kapoor’s critically acclaimed drug drama Udta Punjab.

Many top production houses wanted to launch Jhanvi Kapoor on big screen, but Sridevi entrusted Dharma Productions of Karan Johar that has launched many stars in B-town. Earlier this year, Sridevi had dropped a major hint about Jhanvi’s debut project in an interview, saying: “Yes, Karan has been talking to us about a film for Jhanvi and we’ve given consent. But we don’t know which project it would be. Since Karan has recently acquired the remake rights of Sairat it is being presumed that our daughter would be launched in this project.” The veteran actor had also said this about Jhanvi’s debut recently, “Children have their own mind. When it comes to her work, I don’t want to advise. She must cultivate her craft all by herself, make her own choices and chart her own path.”