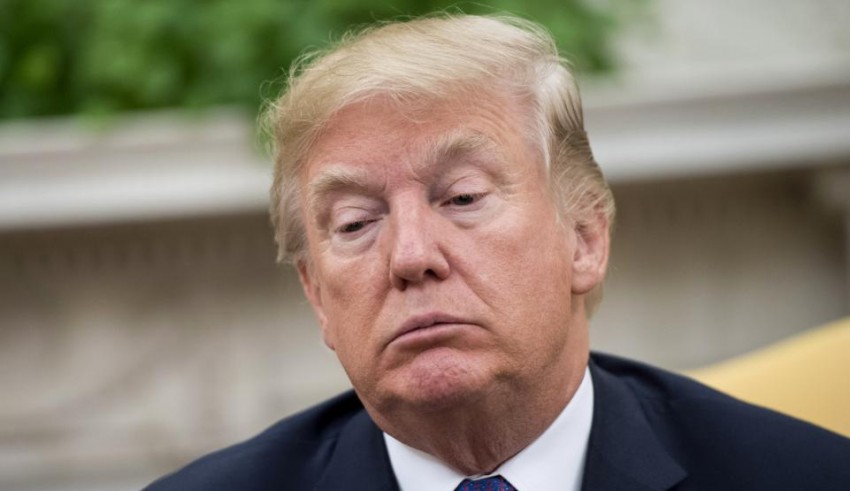 Among all the controversies surrounding the President of the United States of America, the thing that have been affected the worst are his approval ratings. From the squabbles with the families of fallen soldiers to the defections of multiple Republican senators, Donald J. Trump’s approval ratings have dropped down to 38% in a poll conducted by the NBC News/Wall Street Journal. This has been historically low for Trump, given his 39% ratings in May. In a Quinnipiac poll, the approval ratings dropped even further to 33% in the month of August.

In the poll conducted by NBC News/Wall Street Journal, 58% of the 900 adults disapproved of Trump’s job performance. The poll was conducted over a period of four days in the last week and has come as a timely warning for the Republicans before the midterm elections. Trump’s party often suffers many losses in the midterms, a trend that has been seen over the past few decades. Some of the senators are already jumping ship, choosing not to run for re-elections. Last week, Senator Jeff Flake from Arizona announced that he would not be running for office again in a speech in which he criticized leadership without taking Trump’s name. Senator Bob Corker from Tennessee also declined from running for re-election again, calling Trump an ‘utterly untruthful President’.

In the poll, nearly half the voters (48%) said that they would prefer a Democratic-controlled Congress, while only 41% of them wanted to keep the current Republican-controlled Congress. President Trump suffered the biggest loss from independents, only one-third of them continuing to back him. The President’s approval ratings among the whites also dipped, primarily among those without a college degree. Donald Trump’s approval ratings have been historically low at the nine-month mark for a president in the past couple of decades. Among the previous presidencies, the nine-month mark held higher approval ratings, with Bill Clinton’s at 47% in 1993, George W. Bush’s at 88% in 2001, and Barack Obama’s at 51% in 2009.