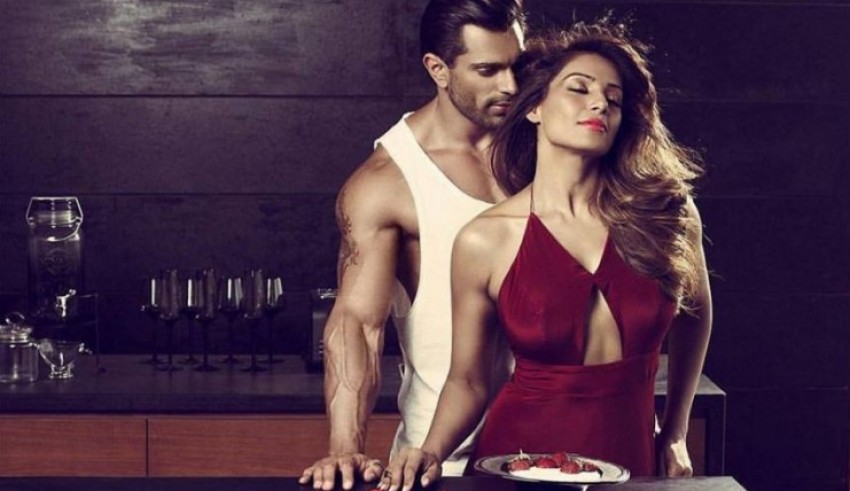 Our country has the second largest population in the world, which is predicted to become the highest by 2050 at the current rate of growth. Even so, there is a taboo on the words sex and even a greater one at condoms. There have been several attempts to bring about a change in the picture but the situation remains the same. Couples still hide behind closed doors when it comes to discussing the matter and the judging eyes of the pharmacist stare into your soul every time you go shopping for condoms. Bollywood actors Karan Singh Grover and Bipasha Basu have decided to bring a change in the game by featuring in an advertisement together to endorse condoms.

The real-life couple appears in a steamy video, engaging in sensuous foreplay and aims to bring awareness over the use of condoms to prevent unwanted pregnancies and also curbing the dangers of contracting sexually transmitted diseases like Gonorrhea and viruses like HIV. The advertisement is directed by Prasad Naik and the essence of the advertisement revolves around the line, ‘Get good at foreplay so that you get more play.’ Both Bipasha and Karan have posted on social media about the advertisement. Bipasha posted the advertisement on social media with a note that in a country that has the second largest population, we still have taboos on just the words sex and condoms.

The couple is quite active on social media. Bipasha explained that they believe in the advertisement as a couple and that is why they have endorsed it. Karan Singh Grover posted a picture, which asked why settle for dotted when you can get super dotted, with a caption that with a population as large as ours, condoms should not be a taboo but a precaution and the lady in the relationship should never settle for less or have to ask for more while the gentleman’s duty should be to give more.