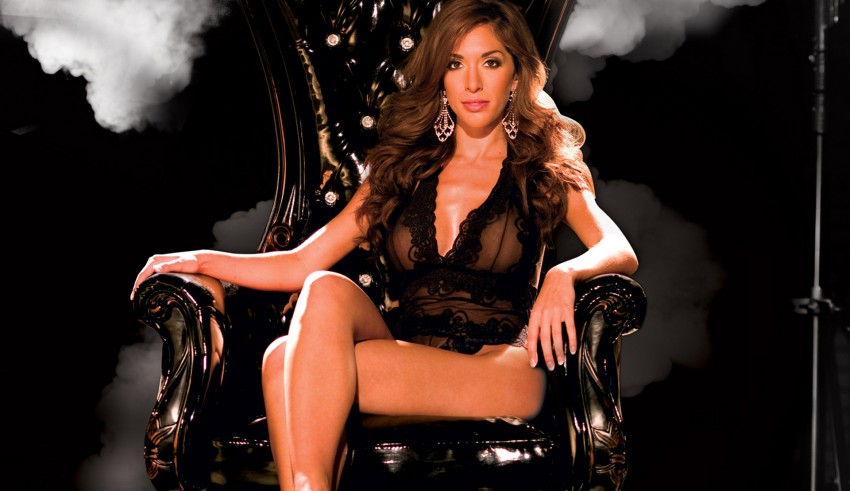 Teen Mom OG star Farrah Abraham recently reached a million followers on Instagram, and she commemorated the feat the only way that she knows how to, by posing topless on a bed with a look that beckons you towards her. Farrah Abraham took to Instagram to celebrate the 7 figure mark on October 22. The image is sensual enough to attract a million more followers in no time hopefully. She captioned the picture “1 million” even though her account was still in the late 6 figures when she posted the picture. However, since she has posted the picture, she has crossed the one million mark.

Even with her insane body, she wants more plastic surgery for some reason. Her insane boobs and sensual butt are evidence enough that she should be satisfied with the body that she has. In the celebration picture that she posted, Farrah Abraham wore nothing but pasties in the shape of little hearts, which while were adorable but left little to imagination. The only thing missing from direct view in the picture was her butt which remained covered up, probably a trick saved for the next celebration.

This post was posted just days after her second cam show was announced. The cam show will be coming to her fans just before Halloween. Her first live porn event with CamSoda was an instant success and she has decided to come back with a second one. Her on again and off again boyfriend Simon Saran said in an interview that Farrah was planning to give it her best and when asked why she does adult films despite the backlash from fellow MTV stars, Simon said that Farrah does it because she likes it and does whatever she likes in her free time. While it has some of her fans excited, others are disgusted by her choices, their main concerns being what her daughter will think of her when she grows up to realise what her mother has done.