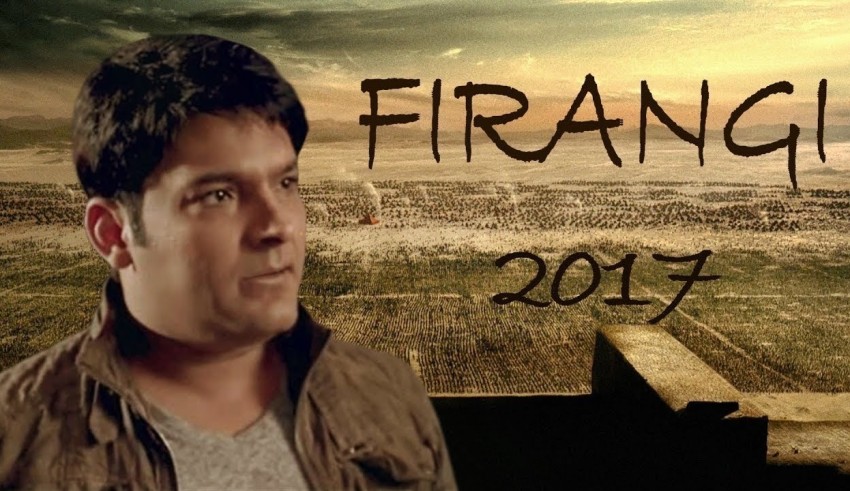 There has been a build-up of buzz around Firangi and its motion poster is finally here to give us an in to the movie. However, if there is still someone who has no idea what is going on, the movie is along the same lines as The Kapil Sharma Show, a comedy. The motion poster’s background music alone gives us quite an idea to the extent of the humour and lightheartedness that will be seen in the movie. Kapil Sharma has been promoting Firangi on his show for quite some time now and all the buildup and hype has created a natural interest into the movie among his fans.

The motion poster kicks off with a light-hearted comedy genre music that closely resembles the interlude music from Kya Karoon in Barfi. We see a flag of the United Kingdom hoisted high on a fort and when the camera zooms out, a more revealing scene sees the light of the day. Kapil Sharma is standing there in the fatigues of a policeman from the era and there appears to be quite a string of soldiers behind him, seemingly standing by him. The last character to appear and then quickly disappear from the motion poster is a Firangi, in a suit and a hat, who is kicked out of the scene by Kapil Sharma. The motion poster ends with a display of the name of the movie.

A source close to the show revealed that Kapil Sharma realised the importance of his health and will only return to the show once he has fully recovered, also saying that he has not left the show and neither is the show going anywhere. The reactions from his fans will serve as a warm welcome to Kapil Sharma when he returns to the show, now that we know that he is back in action.