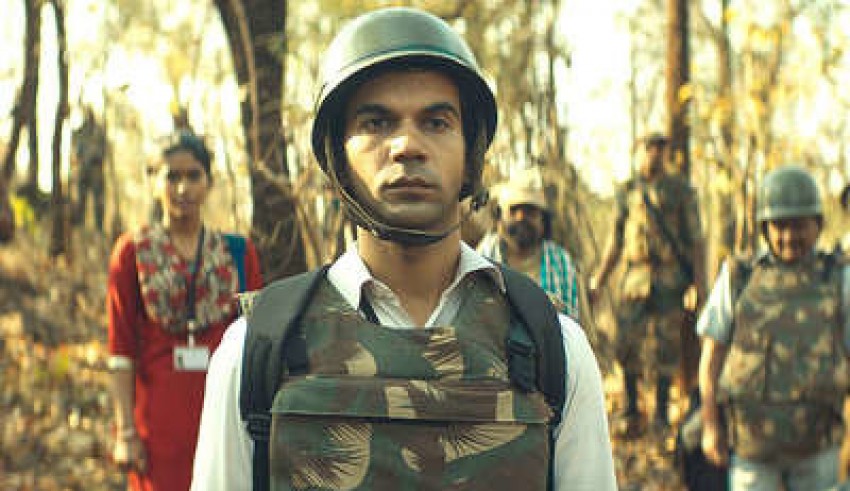 The political satire Newton directed by Amit Masurkar on 22nd September 2017 became India’s official entry to Oscars next year. Out of the 26 contesting movies which included Bahubali 2, The Film Federation Of India with a jury of 14 members chose Newton.The main role in the movie is played by Raj Kumar Rao, who made his debut seven years back in 2010 with the movie Love Sex Aur Dhoka. Rao, eventually, went on to win the National Film Award for Best Actor and Critics Best Actor for his role of Shahid Azmi in the biographical drama Shahid in the year 2013.
Raj Kumar Rao playing the role of a government clerk who gets posted for election duty in the disturbed forests of Central India, as he tries to conduct a free and fair election facing a lot of difficulties as the movie unfolds. The Bollywood has often been criticised for making a commercially viable movie and lacking quality content in the past. But this time, it has shut down its haters with its “Newton”.It would, however, be interesting to see if the nomination to Oscars helps Newton with its box office collection.

Though with time it would be clear how much it will be able to collect but there is no denying the fact that it has already won the hearts of the audience as well as film stars.After the official announcement by The Film Federation Of India, congratulation messages began to follow from the big names of Bollywood. Paresh Rawal congratulated Raj Kumar Rao and wished him good luck for Oscar in the following tweet :

“Huge congrats to my favourite actor RajkummarRao for Newton and hope you win the Oscar! Good luck .”

“Newton a special film with my friend Rajkumar Rao & made by a team of my friends Colour Yellow. All the best.”

#Newton a special film with my friend Rajkumar Rao & made by a team of my friends Colour Yellow. All the best. 22nd https://t.co/c730guLdQx

Veteran Actor Anupam Kher congratulated the Cast and Crew with this tweet:

“Your Constitution, Our Recommendation”- Supreme Court To BCCI

The Supreme Court on Thursday, 21st September 2017 passed its judgment and allowed the BCC…